How to Deal with Criticism Effectively 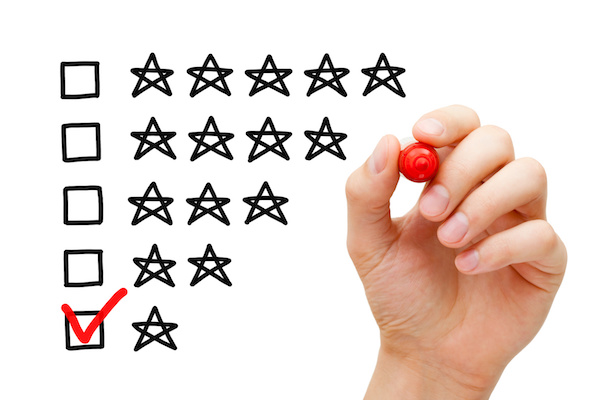 Criticism can effect every and any aspect of your life, for many it adds stress during work hours and can dent a good mood, sending it spiraling into a mud pit of self-loathing. If you don’t deal with criticism well, negative feedback from your superiors, colleagues or clients can easily lead to unnecessary suffering. 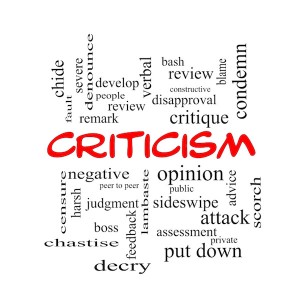 You may not be able to stop someone’s nasty words or careless actions, but controlling your own reaction, you can turn a negative situation into a positive one. To effectively deal with criticism, it is important to understand the context of the critical comments. People too often take criticism as a nasty personal attack, or they feel underappreciated for all the things they’ve done right. Not all criticism is bad news, and sometimes it can provide feedback that’s valuable to your success and your on-going development.

It is common for people to have trouble handling criticism. And yet, being able to deal with criticism positively is one of the most useful life skills you can possibly have. Here are some insightful tips to handle any kind of criticism that heads our way:

1. Listen to What The Critic Is Actually Saying:
Listen to your critic when they talk to you, do all you can to understand that point of view and don’t just nod along passively. To resolve a difficult conversation, you need to integrate the information and need to understand one another. None of this is possible without listening. Active listening is whereby you truly listen without thinking about what you will say next. 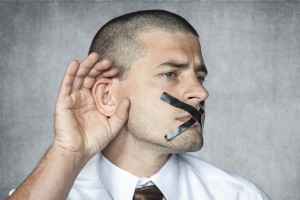 If your boss, colleague, friend or family member say something negative, don’t immediately get defensive and disregard their comments – even if you don’t have a high opinion of the person. In fact, be aware that if you have a particular opinion of someone, you are very likely to be flavouring their words and intentions with that opinion instead of listening objectively and taking the criticism at face value. Instead of switching off, instead of descending into defensiveness, instead of being offended, stay objective about what the person is saying and try not to interrupt or jump to conclusions.

Be aware of your own cognitive bias and your own beliefs to make sure they are not polluting the criticism.

2. Don’t Take It Personally:
I’ve already made this point within the first one, but it is important and warrants it’s very own spotlight.  Realise that this particular piece of criticism may not be about you. It may be about the other person. It may be them telling you more about who they are that being realistic about you.

“They may be envious,” Says NY Psychiatrist Gail Saltz. There’s very little you can do about that. But if you understand that it’s not meant to be even the tiniest bit constructive, it’s much easier to let go.

Secondly, if it is about you, take it for what it’s worth. When someone criticises you in a constructive manner, don’t let your own pride get in the way of hearing what the person has to say. Constructive criticism can save you from a bad decision when you are open to it.

Finally, you cannot be responsible for anything anyone else says, you can be responsible for how you respond. When we take things too personally, it is of no real use or value to us. Manage your state, breathe, relax, maybe even reflect upon the criticism later instead of in the heat of the moment. Then consider what there is to be learned from it. 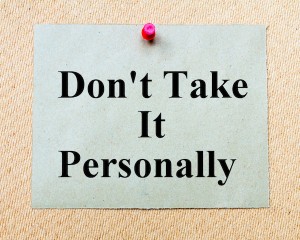 3. Don’t Get Defensive:
Again, I’ve already alluded to this one. It’s easy to get defensive when you are being criticised. Most interpret criticism as a form of attack and so it is natural to defend or counter-attack. Give your critic a fair chance to express his or her thoughts. “The person might have a reasonable point, which you’ll never pick up if you’re busy thinking about how to defend yourself,” Says workplace and management advice columnist and consultant Alison Green. She further explains that by erecting defences against our own inadequacies, we close the door to a vital source of self-knowledge and deny the chance to grow and get better.

It is easy to misinterpret negative criticism. Avoid engaging in a heated debate that might descend into an argument; instead, ask follow-up questions during the conversation to prevent any misunderstanding down the line. Asking questions not only shows that you’re truly engaged in the conversation, but the critic’s responses can help you measure whether the negative feedback is relevant or not. Also, by enquiring intelligently about the criticism, you get to learn from it and in turn demonstrate that you learned from it.

4. Manage Stress:
When we’re constantly on edge, we can feel out of control and unable to respond to criticism with a clear head. So take a deep breath to keep those stress levels in check. “Being calm and rational is essential,” says Caroline Dowd-Higgins from the Indiana University Maurer School of Law.
Don’t lose your cool, especially in a professional setting. Think about whether it’s the feedback or how it was given that’s making you angry. Most of the time it’s how the negative feedback was delivered rather than the content that people find offensive, explains Dowd-Higgins.

To that end, we find it a lot easier to respond effectively to criticism when we are feeling good about ourselves and within ourselves. Do what you can to manage your stress levels, relax, be in control of your feelings so that you are able to control your responses to any criticism when it occurs.

Learn more about managing stress:
8 Ways to Reduce Your Stress

5. Wait Before Responding:
Even if the criticism seems startling, there might be some useful truth to hear in the criticism. Responding with a brusque ‘okay’ means that you’re no longer interested in the conversation. Instead, wait patiently to assess the situation, so you can reflect and respond in a calmer way. You may wait to reflect later, as I have suggested previously. Seek counsel from a friend, speak to your mentors and family members (people who have your interests at heart and will be honest with you) to help you understand whether the criticism is valid.

Consistently responding to criticism in an aggressive way is a sure fire way to maintain low self-esteem and is a major barrier to forming any deep relationships. Also, it’s clearly not an appropriate way to conduct oneself in a professional environment. If you continue to respond to criticism defensively or angrily, you close the door on deeper learning which in turn can reinforce the negativity of the experience.

Initially, I wanted to call this point “have a measured response” which is considered and not borne out of an initial emotional reaction. Any measured response needs time. Whenever you receive criticism of any kind, do whatever you can to buy yourself some time, away from your immediate emotional response. Take deep breaths, count to 10, use your internal dialogue effectively, recognise what is happening within you, have an affirmation that you can repeat to yourself; just do whatever you can to take time out before you respond.

6. Clarify and Gain Clarity:
No matter who’s at fault, it’s important to address the problem that any criticism highlights. Addressing a misunderstanding or seeing things truly from another’s perspective will eventually lead to a healthy relationship with criticism.

If the negative feedback is coming from anyone in your professional circle accepting the feedback can help you improve in the future. Likewise, understanding it and gaining clarity about it can help in any area of your life that it occurs. By acknowledging or agreeing with the critic, you will shut down the criticism straight away. Dr McKay and Patrick Fanning suggest that while working on your self-esteem, the best policy is to never say sorry and to rarely explain.

You don’t have to join in with the criticism upon yourself. Instead, enquire about it objectively and intelligently. Learn from it and let it boost your confidence, self-esteem and ability to deal with future criticism or conduct yourself more effectively in the future.

7. Move On:
At some point, we need to let go. When it is felt that all the learning that can be done has been done, it is time to let go and move on. Certainly replaying it, simmering on negative feelings and ruminating incessantly will lead to problems.

If the criticism represents a set-back or a failure of some kind, it can still be beneficial to us. Failure means something different to everyone. Be clear about what failure means to you. Remove the roadblock that is failure from your thought processes. Failure does not have to be an ending. Dealing with the inevitability of failure should be cathartic, not crushing. It can be fertile and invigorating to experience problems, challenges and failures. Read more about how to relish problems here.  Even the way you think of failure and the language you use to describe it makes all the difference. Take the stigma out of the word. Think of failures as setbacks. And when you experience a setback, you reconsider, recalibrate and rebound.

You can decide what to do with information that comes your way, whether it is accurate or inaccurate, and whether it comes in public or in private, tactfully or bluntly, constructively or with malice. It’s entirely in your hands whether to get upset or discouraged at the disapproval, or to evaluate its merits and see how to grow from it.

By being an effective and proactive gatekeeper you can become your best critic, objectively and with self-compassion accepting responsibility for your own development, and at the same time taking action and making progress towards becoming your best self.