Using Self-Hypnosis For Sports Preparation to Make Sure You Do Not Choke On The Big Day! 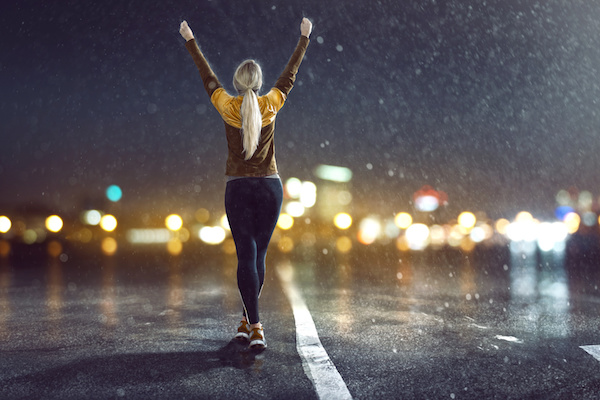 During my viewing of the coverage of the Olympics, I saw an advertisement with a fairly common slogan “high performance when you need it the most” with a bunch of generic sporting imagery and crowds cheering etc – this type of notion is used to advertise shampoo, car oil, energy drinks and so on. However, it is a notion which I think many people overlook when examining the reality of a sporting occasion like the Olympics.

Team GB’s cycling team dominated events in the velodrome, yet they had not been quite so dominant during the world championships of the past two years. That is because they aim to perform at their peak at the Olympics. If you look at Olympians, especially the gold medal winners, they aimed to peak and be the best they could be at the Olympic games.

Yet many, when faced with high expectations, strong desires to succeed and the emotions, thoughts and pressures of such an event, struggle to peak. In fact, some fail, respond badly, or as the media would say, they choke. Some of the media have even been suggesting that is what happened to diver Tom Daley in Rio, he topped the table in the early round and expectation was high, but then failed to get into the final round, let alone get a medal to add to his collection.

Though I wish it were larger, there is an impressive body of evidence to support the way the mind influences and effects sporting performance and the physiology in general. In my lifetime, there have been so many sporting events I have watched

In sports, it might occur in an important competition, we all saw how Rory McIlroy lost his healthy lead in the US masters in Augusta in 2011, before recovering mentally and showing some amazing resilience to go on and win the 2011 US Open golf major in tremendous style a few months later.

Those of us in the UK in particular may be familiar with the 1985 World Snooker championship final (watched by 19 million viewers past midnight) whereby the seemingly undefeatable reigning world champion Steve Davis missed a chance to cut in the final black ball in the final frame before Dennis Taylor potted it.  The pressure on both players in that final frame was massive and clearly effected their ability. 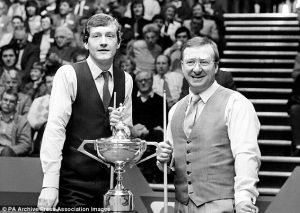 My own sporting hero, former Nottingham Forest and England left back, Stuart Pearce was usually a man of steel and nerve, but then missed a crucial penalty when stepping up in the football World Cup semi final in 1990. He usually scored penalties and free kicks for fun.  He then stepped up in the Euro Championships in 1996 to score against Spain under great pressure. 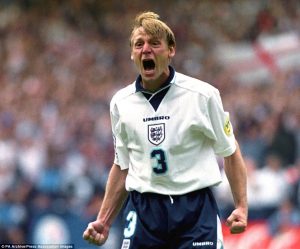 We have seen how tennis players struggle with those important points in big championships and how our football teams get affected by the crowd when they play away from home.

I have written before about how to manage intensity levels and given other self-hypnosis techniques and tips for dealing with this type of thing. I strongly recommend reading both of these articles before you plough onwards with the brand new technique I am offering up today. Though both these two articles focus upon running, they can be applied to any sport and many non-sporting activities:

One of the best ways to prepare for a big occasion, or a sporting event, or a major activity (as well as races or competitions, this could also be exams, interviews or any other activity whereby your thoughts, behaviours and feelings can become intense and detrimentally effect your performance) is to prepare throughly, and that can involve effective mental rehearsal. This self-hypnosis process is going to utilise the cognitive behavioural therapy triple response model – sounds complex, but is as simple as knowing your ABC. Here, ABC stands for Affect, Behaviour and Cognitions.

In order to prepare thoroughly, diligently and in order to ensure you maximise performance, mental rehearsal of each of these areas (affect, behaviour and cognition) will ensure things go as planned on the day. Simply follow these steps (I’d advise reading it all through a couple of times before doing it all in hypnosis).

Step One: Before starting with this process, just do a small amount of preparation:

Firstly, when you think about that specific situation (the sporting event, competition, exam, interview or whatever it may be) how uncomfortable do you feel on a scale of 0-100? Keep that score in mind to measure your progress with the session later on.

Then, complete a simple ABC exploration of the typical target situation where you want to be at your best, composed and with the appropriate level of intensity. Then answer these simple questions, jot down brief answers which you’ll use during the upcoming self-hypnosis session.

Equipped with those 6 pieces of information, then proceed with the following process.

You can do so by any means you desire or know of. You can use the process in my Science of self-hypnosis book, use the free audio we give away on this website to practice or have a look at the following articles as and when you need them; they are basic processes to help you simply open the door of your mind:

Once you have induced hypnosis, move on to step three.

Engage in progressive relaxation. The aim here is to spread relaxation into various parts of your body. As you get better at doing this, you can start to focus on more specific and smaller parts of the body, something referred to by hypnotherapists and fractionation.  Here are some ideas of how to do this:

a) Use your internal dialogue and simply tell yourself that each part of your body is relaxing. For example “my toes are relaxing deeper… and now my ankles… moving into my lower legs…” and so on.

c) Additional cognitions. Richard Bandler uses the word “soften” as he relaxes parts of the body. He focuses on each muscle and then says “soften” as he works through, you might like to do the same.

d) You may imagine a relaxing sound moving through your body.

e) You may imagine the muscles limp, loose, dormant; maybe like a loose rubber band, or a rag doll, or whatever else you can imagine to indicate the relaxation spreading. i learned a great technique from Terrence Watts who suggested imagining the body as a candle and as the candle softened and got warm and liquid-like, so the muscles of the body got warm and softened and so on.

Ideally, use a combination of these elements. Bask in the relaxation you create, enjoy it and enjoy this time as well spent. You may like to repeat this step a couple of times to make sure you develop the progressive relaxation as much as possible.

Once you have done so, move on to the next step.

Just imagine that you are in that typical target situation, seeing things through your own eyes, as if it’s happening right now. Take all the feelings of relaxation (that you established in the previous step) with you into that scene, and continue to relax much deeper again, both physically and emotionally. Go through the entire scene in your mind, mentally rehearsing it while feeling calm and peaceful inside. Allow yourself to practice feeling calm and peaceful about every aspect of that situation.
Then relax away any residual tension in your own way. Use your own technique, or just take a deep breath and hold it as long as is comfortable before letting go and breathing out every last trace of tension. Feel calm and peaceful about everything.

OK, now when you think about that situation, how uncomfortable do you feel about it, on a scale from 0-100, what number do you have now?

Fade that scene from your mind for a while and just allow yourself to focus on relaxing even more deeply, just as you did in the previous step. Now repeat all the components of this step until you feel that you have reduced your discomfort on the scale to a level that you perceive as being good progress, then move on to the next step.

Imagine being in that same situation once again. This time, imagine yourself acting like an even more calm, relaxed and confident version of yourself. Take a moment to prepare and then begin picturing more changes to your behaviour, notice how well you are coping.

Put yourself in that situation right now and rehearse those new ways of behaving, new ways of speaking and acting… Go through the whole scene, and imagine yourself handling things in a more calm, relaxed, and confident way (using the material that you wrote down during step one about how you would like to ideally behave).

OK, now when you think about that situation, how uncomfortable do you feel about it, on a scale from 0-100, what number do you have now?

Now fade that scene from your mind for a while and just allow yourself to focus on relaxing even more deeply. Repeat this step until you have reduced your discomfort score by an amount you consider to be good progress and then move on to the next step.

Now focus your attention, on the positive cognitions (that you wrote down in step one before beginning), or just think of telling yourself: “I now feel calm, relaxed and confident.” Take a moment to repeat your suggestion and imagine what it would be like to accept that idea more deeply.

So that now, when you think about that situation, how uncomfortable do you feel about it, on a scale from 0-100, what number do you have now?

Repeat this step, relaxing in between each repetition, until you have reduced the scale of discomfort to a level that you consider to be really good progress.

If you follow the process in my own science of self-hypnosis book, then count from one through to five to bring yourself up and out of hypnosis. Otherwise, take some deep breaths, wiggle your fingers and toes and open your eyes to reorient yourself with your surroundings. There you have it. 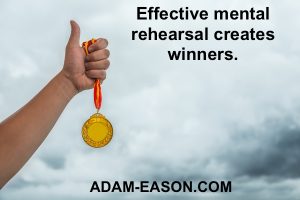