Why Do Hypnotherapists Use The Word ‘Trance’ To Refer To Hypnosis? 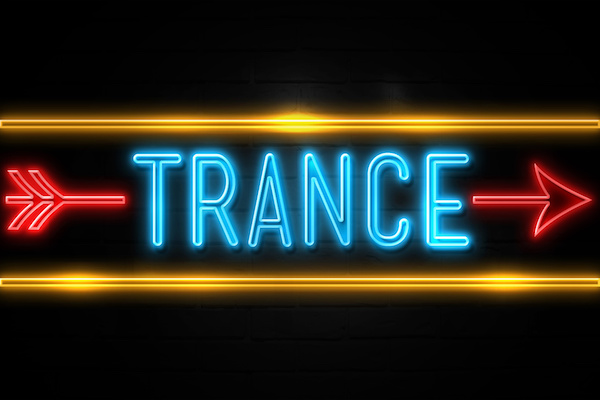 Just exactly why is it that so many hypnotists, hypnotherapists and NLP practitioners insist on referring to hypnosis as being a ‘trance’??

I suppose that many of the well-known NLP and hypnosis trainers call it trance and therefore, their students and graduates learn to refer to it as that too.

When you look at actual definitions for the word trance, it is a heavyweight version, it states the following:

Any mental state in which the person is unaware or apparently unaware of the environment, characterised by loss of voluntary movement, rigidity, and lack of sensitivity to external stimuli.

It does also offer up other variations, to do with being stunned or dazed, a state of mystic absorption and also pertaining to spiritualism, whereby one has temporarily lost consciousness and can be controlled by a greater intelligence… Then of course the reference to trance music.

On this page at Wikipedia, the term is referred to as:

Trance denotes a variety of processes, ecstasy, techniques, modalities and states of mind, awareness and consciousness. Trance states may occur involuntarily and unbidden.

Ok, I had better start here… It is my belief and a result of my own experience and reading, also supported with much evidence, that it is vitally important for anyone about to experience hypnotherapy, to have any misconceptions ironed out, overcome and set straight. Espeically if they have picked up snippets of information from the media.

Many people still believe that hypnosis is something which is done to them, rather than something they do to themselves. They think that being hypnotised renders them under the control of the hypnotist, that they will have some monumentally large altered state and may even fear being unable to come out of that state and also that they won’t be able to remember any of it.

This and similar myths get perpetuated boringly all over the place.Controlled research in hypnosis has since led to a more accurate understanding of hypnotic phenomena and I have discussed this in depth in other places, it is not the central focus today.

I think an accurate account of hypnosis should be explained to someone before embarking in hypnotherapy and before hypnosis is employed in any way.

The idea that hypnosis involves (or is even the same) a trance state is one of the most destructive and harmful of these misconceptions about hypnosis according to some authors..

Let me start by saying that decades of research have failed (absolutely failed) to confirm any theory that people positively responding to suggestions are anything to do with them being in an altered state of some kind. As such, the vast majority of researchers, scholars, authors and good quality trainers have abandoned the idea. Refer to the work of Kirsch and Lynn in 1995 for a more accurate summary of this. (On pages 846-858 of the American Psychologist entitled “The altered state of hypnosis: Changes in theoretical landscape.”)

Most of these people now reject the term trance due to it being misleading or at the very best, any who use it refer to it in the same way you’d refer to being absorbed a television programme or when daydreaming. Yet among hypnosis practitioner and hypnotherapists (and especially NLP practitioners) it is still used.

There are many who believe that relating hypnosis to a trance state could actually inhibit the success of hypnosis and hypnotherapy interventions. I encounter many people who have no previous experience of hypnosis that are afraid of the notion of going into a trance state. Lots of hypnotherapists or hypnotists may thrive on that notion, but I don’t want fear in my hypnotherapy consulting rooms, part of my job and purpose is to help people shed that stuff!Some fear loss of control that this idea of trance instils.

On a practical note, if people do fear the hypnotist or hypnotherapist, they may resist the suggestions that are being given and basic levels of rapport may be very difficult to establish.

My big issue with this notion though is not that I get fed up with hypnotists loving the self-centred notion of being some awe-inspiring, fear-inducing all powerful being who wields hypnosis in this way… But that when they enforce this idea, the client or patient ends up believing that they only have a passive role to play in the hypnotherapy. They sit back and get zapped and all the good stuff happens to them when they are in this trance state… they wake up and exclaim ‘hallelujah’ and all is better…. ???

In hypnotherapy, the hypnotherapists getting the results know that those results depend and rely upon a collaborative approach. This is an approach where therapist and client work together, both knowing their roles and responsibilities. Those roles are equal in number for the client and the therapist!

When you educate the hypotherapy client properly and inform them that hypnosis is not a trance state, they can relax and be involved in the process and learn that such involvement is evidence of the hypnosis being successful… This takes so much pressure away from the client and enables them to be much more responsive to suggestions given by the hypnotherapist.

Do I need to say more?

So how about it folks? How about we stop referring to hypnosis as a trance? Go on, you can do it…