The NHS and It’s Inconsistent Stance On Hypnosis and Hypnotherapy 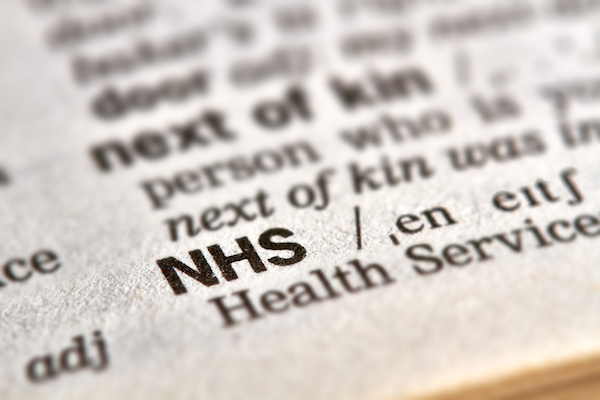 Seeing as I have spent the past week being the self-appointed Hypnotherapy Police, attempting to educate the world on the wrongs done unto this field by media and public misconceptions, I thought I’d tuck into the NHS and their formal, public stance on hypnotherapy and the inconsistencies and fallacies in some of the information they offer up. People tend to believe what the NHS tell them, and so it is mighty important that we see what they have to say on the subject, right

They may have stayed off my radar this week were it not for the fact that this morning, I read a neat article over at the NHS Choices website entitled ‘Hypnosis helped me to get to sleep’ – the article actually offers up some credible and valid points regarding self-hypnosis.

At the beginning of the article, it is mentioned that “tests showed that Suzie had a low level of hypnotic suggestibility, meaning that she could not easily be hypnotised.” I think a lot of people (public perception of hypnosis) worry about this. I also think that rather than giving clients ‘tests‘ to advise them of their hypnotisability, why not use the same tests as ‘hypnotic skills‘ as the cognitive behavioural model of hypnosis would do? They can then go and practice them and advance these skills. Then supported with the replicated empirical evidence we have to show that hypnotisability is not set in stone (Gorassini & Spanos, 1986; Spanos, 1991) and with hypnosis being a verb, a skill…. hypnotisability can be increased – really robust evidence shows this to be the case.

Nonetheless, this matter aside, the article does portray self-hypnosis accurately – showing that it requires practice and diligence and offering up a couple of really useful classic notions to help with sleep advancement. It showed that hypnosis is collaborative and involves a set of attitudes and expectancies on the client’s part and that relaxation can be advanced with self-hypnosis – and heck, the client had a good experience and derived much benefit – that is a good thing.

However, the general tone of the article having a positive stance towards hypnosis and using commentary from a Doctor at the University College London’s Hypnosis Unit is undermined somewhat if you go to the NHS guidance page about treating insomnia, where the page states:

“There’s very limited evidence to suggest that either acupuncture or hypnotherapy are effective for treating insomnia.”

You are probably expecting me to dispute this statement, aren’t you? It disappoints me greatly to say that they do have a point. There is a severe lack of research to show direct efficacy of hypnotherapy for overcoming insomnia.

Psychological therapies that emphasise relaxation, cognitive restructuring and ‘sleep hygiene’ tend to be medically recommended treatments (National Institutes of Health, 2005) but it seems to pass by the awareness of the NHS that hypnosis is proven to advance relaxation and cognitive approaches. Evidence does suggest that the use of relaxation results in individuals rating their sleep as more restful too (Espie et al 1989, Turner & Ascher 1979) and one thing we can say without much doubt is that people find it easier to relax and can relax notably deeper and more profoundly with the use of hypnosis and self-hypnosis.

Exploring the research into the use of psychological methods to help improve sleep, in randomised controlled studies, participants treated with CBT showed significant improvement in quality of sleep and they reported more satisfaction with their treatment than those just prescribed popular sleep medication (Jacobs, 1993; Edinger et al., 2001). Hypnosis has proven useful as an isolated intervention, but sadly the research is a bit isolated altogether. As I say, unfortunately the effectiveness of hypnosis for treating insomnia has not been thoroughly researched.

Yet if CBT is being championed by the NHS as it is throughout their website, we do have the 1995 Kirsch study which suggests that CBT interventions are made more efficacious with hypnosis as an adjunct and there are numerous case studies and clinical experiences by professionals that suggest CBT interventions could be more effective when combined with hypnosis.

Coming back to the article of the NHS Choices website mentioned this morning then (‘Hypnosis helped me to get to sleep’), having read through the article and retweeted it, my mind raced back to a few weeks ago when a current student of mine begun a discussion on my hub, citing the NHS website and what it says about hypnotherapy on an official level.

On the NHS page about hypnotherapy, it states the following:

“Overall, the evidence supporting the use of hypnotherapy as a treatment in these situations is not strong enough to make any recommendations for clinical practice.

No firm conclusions can be made because the studies are generally only small and of poor quality, and we cannot be sure if the results are anything more than the placebo effect.”

Here is a nice two minute clip about the placebo effect that my friend and colleague Mark Chappell pointed out, it highlights some of the variations of placebo effect:

With this in mind, we can see that although hypnotherapy may have some placebo influence – it still does have many studies that measure it against the placebo effect and it very often comes out on top. Hypnosis might be partly what Irving Kirsch refers to as a “non-deceptive mega placebo” but it does also outperform placebo. I don’t think the field of hypnotherapy can be fobbed off with this argument.

If we look at the main NHS page about hypnotherapy, it refers to key areas where we have some studies that they agree suggest that hypnotherapy could be beneficial; irritable bowel syndrome, losing weight, quitting smoking, skin conditions, anxiety and natural childbirth.

In some of these areas, we do have strong empirical evidence to support the use of hypnotherapy, not just poor quality studies that the NHS website suggests. It also continually fails to acknowledge that hypnosis as an adjunct to CBT (which it strongly advocates throughout the website on a number of issues) has been shown to advance many applications (Kirsch, 1995).

There is not a great deal so far to ‘grind my gears’ or get me really arguing about how hypnotherapy is portrayed. Unless you go and have a look at the NHS page about irritable bowel syndrome….

On the same website that it has disputed the evidence base for hypnotherapy and equated it’s effects to placebo, the website also states:

“Hypnotherapy has been shown to help some people with IBS reduce their symptoms of pain and discomfort.

Hypnosis is used to change your unconscious mind’s attitude towards your symptoms.

You can have hypnotherapy as an outpatient in some NHS hospital pain clinics, or you can learn self-hypnosis techniques to do at home.”

“Hypnosis is used to change your unconscious mind’s attitude towards your symptoms.”

This is the kind of statement that makes me feel like this: 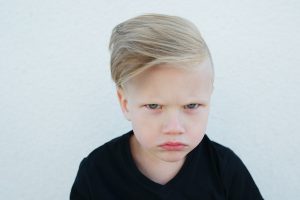 Seriously NHS??!! You just blew it. You and I are over until you erase this fallacious, nonsensical bullcrap sentence. *Takes deep breaths, gazes at birds playing in the trees, thinks of a happy place and returns to keyboard*

What are you thinking? What does this sentence actually mean? I’m not going to repeat everything else I have written on this subject…. Please refer to my previous complaints about how the field of hypnotherapy is represented by the media to understand why I say this about the unconscious mind… You can read this hypnosis article and this hypnosis article both written in the last week that refer to the ‘unconscious mind’ theory of hypnosis and how wrong it is.

How on earth can the NHS be so evidence based, place such a keen eye upon the research supporting the field of hypnotherapy and then also write a sentence such as this? Who knows.

Anyway, I think it highlights that even the NHS is not impervious to misconception and myth and downright pseudoscientific notions perpetuated by popular psychology.

… And on that note, I end today’s hypnosis blog entry. I’ll be back tomorrow before the Easter break… And I’ll be writing about something else once I have swept up and stuck back together the debris of my exploding head 🙂