Should Hypnosis Be Used To Recover Memories? Does Hypnosis Increase The Chances Of False Memory Syndrome? 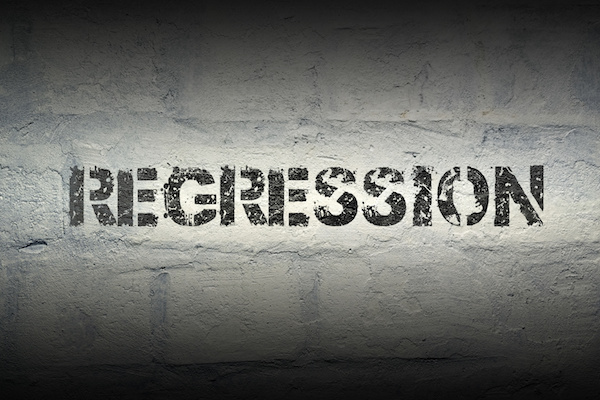 Ok… In a nutshell… No, hypnosis should not be used to recover memories and yes, hypnosis does increase the chances of false memory syndrome.

With those two statements stated, I better explain myself, hadn’t I?

I wrote about some reasons regression in hypnotherapy is not necessarily the best option quite recently here. It is a good prelude to what I am writing today.

Hypnosis is at the centre of this debate, and a hearty one it is too, mainly because it is one of the most researched and most popular techniques used for recovering memories.

In fact, in 1995, Poole, Lindsay, Memon and Bull conducted a survey that demonstrated that roughly a third of all psychologists in the US used hypnosis to help their patients to recall memories of sexual abuse.

There is a growing body of evidence to suggest that there are many problems of false recall associated with hypnosis, yet many of the hypnotherapists I encounter today still think hypnosis should be used to recover memories. In fact, at the recent NCH extravaganza, when Irving Kirsch was speaking, he asked the audience of hypnotherapists to raise their hands if they used regression techniques, my students reported that they all kept their hands down despite most in the room having them raised.

Hypnotherapists need to know that using hypnosis to recover memories can actually lead to the patient creating new material and adding it to the existing memories they have. There is a huge body of scientific and medical information available that shows the very nature of memory being so malleable means that hypnosis usage could result in the creation and implanting of false memories. Studies by both Lynn and McConkey in 1998 and Lynn and Nash in 1994 demonstrate this clearly.

In my previously mentioned blog on regression, I mentioned the reconstructive nature of memory and do refer to the Lynn and McConkey study of 1998 for more information on this. It is very much the consensus among cognitive scientists that this is the case.

You see, not only is memory unreliable, but people have such belief in the reliability of their memories to such an extent that we are capable of creating false memories, even if a therapist is greatly skilled at not leading the patient in any way, shape or form. Further studies that confirm this have been conducted by Laurence and Perry in 1983 and Barnier and Sheehan in 1998.

False memories can easily be created without hypnosis, of course they can. Yet many therapists continue to believe that hypnosis somehow brandishes the absolute truth when it comes to memory recall, and the truth is actually a tad more sinister.

In 1994 Erdelyi reviewed 34 studies, and Steblay and Bothwell reviewed 24 studies and throughout they showed that hypnosis does increase the actual volume of recall… With that volume of recall comes much more incorrect as well as correct information and data! The studies revealed however, that hypnotic recall is no more accurate than nonhypnotic recall… But, when recalled hypnotically, people tended to be more confident in the reliability of the memory! Uh-oh!

The Steblay and Bothwell study showed that hypnosis produces a lot more errors in memory recall and more volume of memories that had false information in them. There are lots more studies that support this.

Even researchers and individuals that openly state hypnosis is good for aiding recall have been unable to prove it! Some of these proponents have suggested that emotional arousal is required, yet a study in 997 by Lynn et al, showed that hypnosis does not improve recall of emotionally arousing events and what’s more… Being highly emotional does not affect hypnotic recall either!

Out of everything that I have read and examined, probably the most damning evidence for using hypnosis to recall memories comes from the research conducted by Nash, Drake, Wiley, Khalsa and Lynn in 1986. In this study, they attempted to match up (prove) memories of participants who had been age-regressed using hypnosis.

A similar study conducted in 1997 by Sivec, Lynn and Malinowski regressed the participants to 5 years old with very similar results!

This is why the vast majority of countries today no longer allow hypnosis to be used in testimony in courts of law. In fact, in some states in the US, if you have used hypnosis to retrieve the memory, because of the evidence I have mentioned, the use of hypnosis makes the tetimony null and void!

Evidence suggests that when the hypnotherapist believes strongly in the efficacy of hypnosis for memory recall, then the patient has much more confidence in the reliability of the memory! This is a problem people!

I cannot help it, I know I am using loads exclamation marks today, but when you see the mounting body of evidence against this stuff, it beggars belief that some people still think to the contrary. You know what, I know that today I will get emails from people saying that in their experience as a hypnotherapist, they find hypnosis to be very useful at retrieving memories and regressing is a good thing and the best way to resolve inner conflict etc ,etc.

To those of you thinking about emailing me with those kinds of messages today… If you examine the evidence. I mean properly look at it, you’d be irresponsible not to alter your stance to some degree.

Have a wonderful weekend folks… I am not working… I am going to lie-in, go running, enjoy my garden, spend time with my wife and welcome in the changing season.