Questioning The Use of Regression In Hypnotherapy 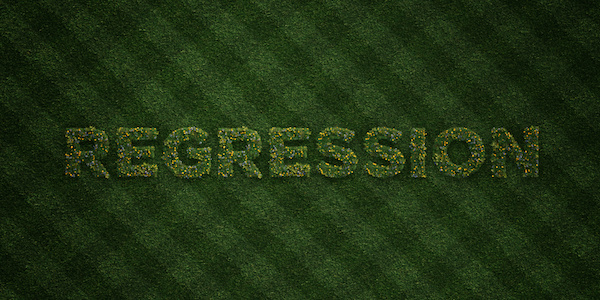 So tomorrow sees the start of my latest hypnotherapy diploma and I am incredibly excited about getting started with my latest student intake.

One of these lovely hypnotherapy students emailed me to let me know that she was equally excited and could not wait to get started. She told me that she was particularly excited about learning about regression in coming months.

Of course I do teach it. Though, as I have alluded to in recent weeks within the blog here, I think hypnotherapists need to be capable of knowing both sides of any argument, intervention, debate and philosophy, and not just be able to regurgitate what they have been taught, then dig their heels in and believe in that dogma for the remainder of their professional lives.

Many members of the public just assume that hypnotherapy is all about regressive types of intervention and I am keen for that same public to know that in fact, regression is viewed by many as flawed, by some as dangerous and that there are many other ways to make effective change using hypnotherapy than scratching around inside of old memories.

There are many schools and even associations that offer little more than regression therapy and psychodynamic approaches to hypnotherapy. Naturally, they have a vested interest in not necessarily demonstrating certain things to their students and advocates. I doubt an institute that only teaches hypno-analysis, for example, is going to teach their students about the fundamental flaws that most academics have cited about regressive techniques.

When it comes to regression, let me state a couple of things here. There is empirical evidence (Lynn, Lock, Myers and Payne, 1997 is just one example of many pieces of research supporting this) that suggests hypnosis does not increase the reliability of memory. This is one of the reasons that hypnosis is no longer admissable in a court of law in any Western countries and there are even many cases being reviewed where hypnosis was used in testimony. Plain and simple, it is proven that hypnosis does not enhance the ability to reliably recall memories. This is contrary to many media representations and film clips and general myths about hypnosis as a phenomena.

Secondly then, there is further evidence (Nash, 1987 and several others) to prove that hypnosis does NOT foster a literal re-experiencing of childhood events. There is much more evidence on this that can be looked into from the fields of neuroscience and so on, but research upon research indicates very clearly the reconstructive nature of memory. That is, we reconstruct memories, whether in hypnosis or not, we reconstruct them.

During the course of our lives, our memories change, our perceptions, values, beliefs, rationalisations, ideas, life experiences all alter the perception we have of that memory. We do not re-experience those memories with absolute accuracy and in fact, we distort them. We do not always distort them massively, though some of the biggest litigation cases in psychiatric history were born in the 1990s when psychiatrists assumed issues in peoples lives that did not exist creating false memory syndrome.

If you visit the websites of the false memory syndrome societies in your country, you can read about this in more depth and see the damage it caused from people making incorrect assumptions that the client had issues in their past.

As hypnotherapists, certainly in the UK, we have a legal duty of care as a hypnotherapist, as well as an ethical one and a code of ethics that we abide by. Within any legal of care in the medical profession of any kind is the notion of informed consent. This is whereby the professional is required to advise the patient/client of any potential risks involved in the treatment.

A close friend of mine had an operation last year and was told that there was a 0.5% chance of damage by cutting to one of her organs with the procedure. It is not what you want to hear, is it? Despite this, it is diligent medical ethical practice to do so.

With regression therapy, there is a risk of what we refer to as retraumatisation. That is, by again exposing the client to the event, they could effectively experience the trauma of such an experience. There are websites, resources and pieces of research that all give masses more detail, account and information about the phenomena of retraumatisation. For example, people experiencing incredibly vivid dreams have been affected by them, people who have seen certain things on television have been known to adopt unwanted reactions, fears and anxiety disorders as well as maladaptive behaviours. In hypnosis, experience can be amplified and visiting someones own representation of a traumatic event (reconstructed or not) can be creating a problem.

Do we not have a duty to advise the client that this could happen?

And why oh why would you want people to cry in therapy? Is this S&M therapy?

This then of course creates a paradox for us hypnotherapists. If you suggest that such a thing could happen, you increase the chances of it actually happening. We are in the field of suggestion after all, and making such a suggestion is very likely going to be increasing the chances of that unpleasant traumatic effect occurring.

In hypnotherapy we refer to clients having an abreaction. Which is a negative emotional release of any kind. These are known to happen to spontaneously, but can be avoided if directed and educated properly. Yet many schools I have encountered seem to think that abreaction is what we want in therapy!

Then of course, this gets supported by subjective and anecdotal claims that the client felt better after having a good cry.

It seems to me that regression with hypnosis is increasingly becoming an outmoded train of thought, an outmoded modality of therapy and there are many ways to deal with the now, the experience one has today, rather than insist on spending hours wading in previous upset.

By all means, I am not suggesting that we ignore the past, of course not. We treat it with utmost respect. But insisting that the best way to get therapeutic results is to always use regression is limited at best.

Train in better and more efficacious methods of hypnotherapy intervention. Those where people learn to be happy and look forward to the therapeutic experience than ones where you are subjected to pain, tears and trauma!

Ok, off to make final preparations for this weekends course commencement…