How To Let Go of Toxic Masculinity 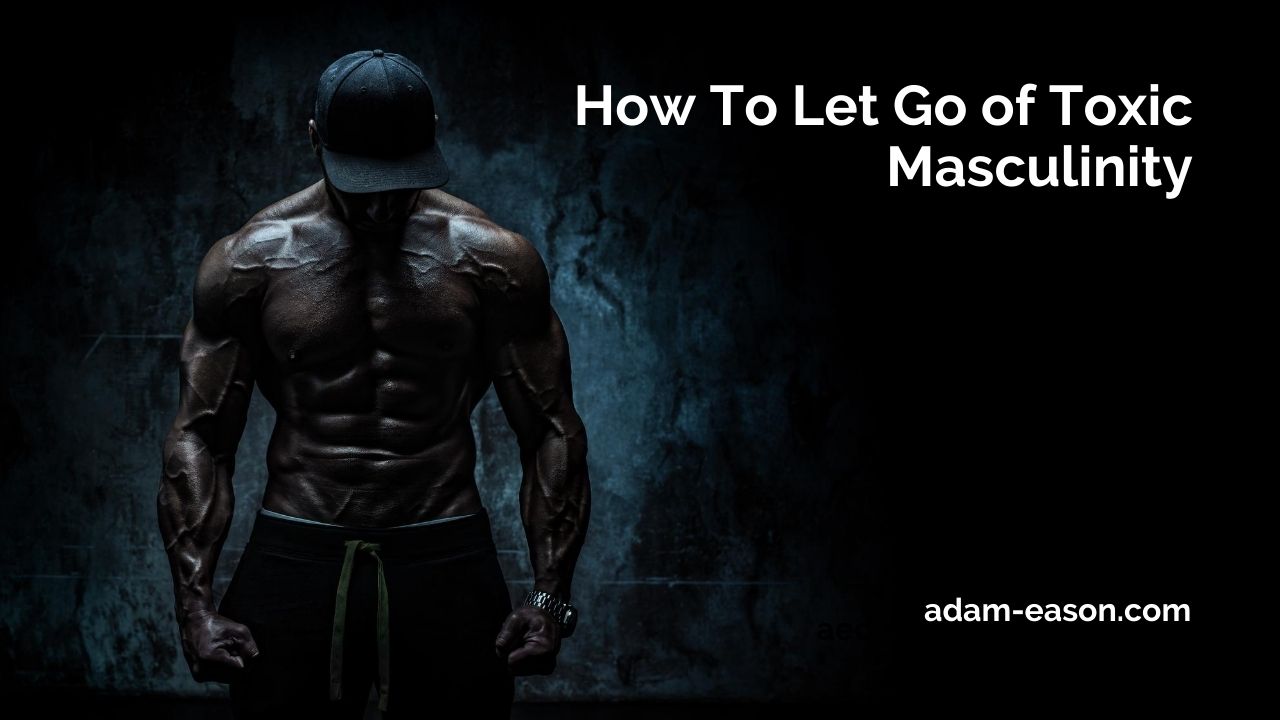 According to the Australian sociologist R. W. Connell (the one who originally coined the phrase), the phrase “toxic masculinity” refers to when a man engages in behaviours that are traditionally considered “masculine” that are damaging to those around him, society at large or even himself. According to her definition, the term especially refers to acts of physical violence perpetrated to maintain male dominance over women.

Other scholars, however, have taken broader definitions of the term. Some have extended it to refer to any behaviours engaged in by a human male that is damaging to anyone, including the man himself. Here are some examples of toxic masculinity and how they are harmful to men:

So basically, men shouldn’t express emotion. This is unhealthy and leads to making it difficult for men to connect emotionally with other people, or deal with mental health issues and other problems. This is considered by some mental health charities to be one contributory cause of the high suicide rates among men.

This is, of course, potentially harmful to women and sometimes stems from sexism nor the notion that women are weak and need to be protected and taken care of. This can lead to some men feeling insecure if their wife makes more money than them and why toxic masculinity can lead to so much jealousy and insecurity about other men since this attitude can derive from the idea that women choose the man who is best able to protect her (hence the fear that another man may be better at it).

“Real men don’t cry.” “Real men don’t cook.” “Real men don’t show affection” (and such things are a potential weakness). This is the idea that you can do something that makes you less of a man. Also that there is such a thing as being less of a man… or being more of a man is something to aspire to. Some of the negative attitudes about sex that men are taught stem from this. Sex and women are objects to be collected, for example. Men bragging about their sexual prowess and number of partners (while simultaneously shaming women who do so) is an example of toxic masculinity.

Toxic masculinity harms relationships, other people, women, etc..but it certainly harms men a great deal too. Men feel like they have to “protect” their masculinity so they act out, they fear it being “threatened.” It’s very dangerous because it causes men to think that certain bad behaviours are good, that there are certain behaviours and attitudes that they have to adhere to in order to be a man, and that if they deviate from it, they will be mocked and be less of a man, which is tied intimately to their sense of self and value system. This is why many men who feel they lose their manhood can become depressed or even suicidal and it makes it hard to connect with other people.

Often this phenomenon gives them hypertension, heart disease, depression, diabetes, and other stress-related illnesses. Researchers Campos-Castillo et al (2020) at Michigan State University publ8ished a paper in the Sex Roles Journal that found that those with “toxic masculinity” — can become socially isolated as they age, impacting their health, well-being and overall happiness.

Research also shows that social isolation and stress may be alleviated by embracing an alternative understanding of masculinity that doesn’t rely on independence and toughness as the only way to be “real men,” or at least easing up on the principles of hegemonic masculinity. But one should be willing to change his views or seek help.

How to Overcome Toxic Masculinity:

1.         At first, you have to become aware of your inner state. As much of the time as possible. Examine all of your thoughts and feelings and seek to understand them. You have to understand that you are not them, but they are yours. Some you have created. Some you have picked up. You must learn what they all feel like. When you get good at this, you will begin to be able to tell the difference between your thoughts and feelings and others. That is how you start.

2.         Express your feelings and concerns about your own health and well-being. You may get overwhelmed and stressed out. You may have anxiety or nervousness about something. You will be ok. You don’t have to replace that with anger. Keep up with your physical and mental health. Doctors are not for the weak. Doctors are for those who want to live. Worry appropriately and healthily about your mental health and well-being. If you’re feeling down, especially for a long period of time, talk to someone. You are not less as a result.

3.         Embrace what you like. You can like cars, football and action movies. You can also like flowers and sweet scents and anything else you feel drawn to that sits outside of stereotypical masculinity. You can geek out on topics you love, engage passionately in activities you enjoy. You can like any combination of all things and celebrate it too. You don’t have to cover it up.

4.         Understand that there is no single way to be a man.  It is not necessary to aim to be an exclusively “manly man” and especially not if it creates harm or unhappiness in oneself or others. There are a great many aspects of being a man to celebrate and enjoy. You don’t have to earn manhood from anyone but yourself. Avoid doing things just because it’s something that men should do. Do it because you want to. Avoid trying to seem manly to other people. You shouldn’t have to project manliness to anyone. Just live your life and you will attract all the people who are good for you.

5.         Actively seek out health professionals to start taking your health in your own hands. If you’re unsure where to go to get help, your doctor can refer you to the appropriate health professionals (ex. dieticians, exercise physiologists, physiotherapists, psychologists or psychiatrists).

We can celebrate masculinity and enjoy being a man in whatever is right for us individually and in a way that creates betterment of ourselves and those around us.

Would you like a satisfying and meaningful career as a hypnotherapist helping others? Are you a hypnotherapist looking for stimulating and career enhancing continued professional development and advanced studes? Explore the pages of this website.

Likewise, if you’d like to learn more about self-hypnosis, understand the evidence based principles of it from a scientific perspective and learn how to apply it to many areas of your life while having fun and in a safe environment and have the opportunity to test everything you learn, then come and join me for my one day seminar which does all that and more, have a read here:

The Science of Self-Hypnosis Seminar. Alternatively, go grab a copy of my Science of self-hypnosis book.