7 Amazing Facts About Your Brain 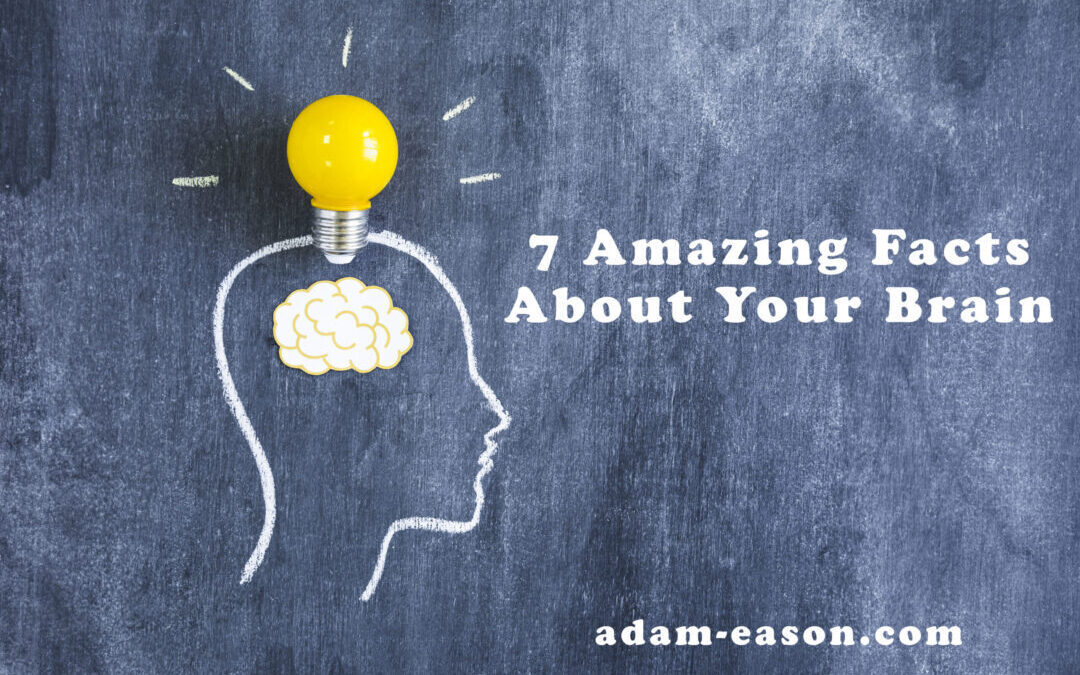 The brain has long been an organ of fascination, which has intrigued biologists and researchers with its complexities. All of us know, it is an integral part of your bodily functions. From ensuring an efficient supply of oxygen around your body to coordinating the various movements of your body, to dispensing chemicals, regulating hormones, your brain works it all.  And while you may believe that modern science has revealed all about the brain, the reality is actually closer to being the opposite. There is so much more to learn about the brain, and it is researched extensively. Those exiting research findings do not always make it out into the public awareness, so there may be a bunch of cool facts about your brain that you remain unaware of. Made of grey fats and proteins, the brain is one of the most intriguing and complex parts of the human body.

In order to help you foster a greater understanding of your brain and help you overcome certain myths you may have heard about the brain and its functioning, here are a few interesting facts about your grey matter.

Interesting Facts About Your Brain

As the central part of your nervous system, the brain receives, makes sense of and processes much of the information of your experience. Now, make some space in your brain for some interesting facts about it…

1.    The Brain Is Incapable of Feeling Pain Itself

While it is widely believed that your headache is because of pain stemming from your brain, it is quite the contrary. In fact, your headache may be stemming from various other factors and is in reality sensed by the skin and the muscles around your brain. According to neurologists, the brain may have layers of coverings and blood vessels containing various pain receptors; internally or externally, the brain has no receptors at all. This may also explain why brain surgeons are able to perform surgery on their patients even when they are conscious! Thereby explaining why the brain does not really experience pain directly at all.

2.    Greed Is an Innate Characteristic of Your Brain

Appearing to be pretty simple on the outside and accounting for only 3% of your body weight, the brain actually receives 30% of the blood being pumped around your body. Thus, your brain requires more support and attention than other important body parts. According to neurologist Bennet Omalu, “The brain is like a spoiled and demanding child but yet it is extremely smart and efficient”.

3.    Your Brain Scans Illuminate When ‘In Love’ with someone.

While you may categorise love as a normal emotion and may not take the definition of it being “a chemical reaction in your body” very seriously, brain scans have revealed this to be the truth. According to research published by Harvard Medical School, people who are very seriously in love have functional MRI brain scans that mostly show activity where your ‘feel-good’ neurotransmitter, also known as Dopamine, is dominant. Moreover, for people developing romantic feelings for someone, the brain may even show activity in places usually associated with a sense of pleasure or reward.

4.    Your Ancestor’s Brain Size Was Larger Than Yours

There is enough scientific data, particularly paleoanthropological data, to prove that our brains are shrinking over time. Moreover, skeletal data derived from human remains of ancient centuries also seem to support this claim. Some scientists explain that this may be because the size of humans, in general, has also decreased over the last 10,000 years. One reason is that larger bodies have greater masses and therefore require more energy via the nervous system to support them. Over time since our bodies have shrunk, they require less support from our nervous system, thereby resulting in smaller brains.

5.     While Awake Your Brain Produces Enough Electricity to Be Able to Power a Light Bulb

The brain works seriosuly fast, currently even faster than the world’s greatest computers. For Example, the information going to your brain from your arms and legs travels at 150 miles per hour. Similarly, the neurons in your brain make enough electricity to run a light bulb – and this is done by around 100 billion brain cells. All this occurs through electricity generation in your brain via neurons. Computer Scientists at Stanford University claim that a processor-run robot that is as intelligent as a normal human being requires 10 megawatts of electricity to work properly.

6.    Your Brain’s Attention Span Is Shorter Than a Goldfish

7.    Not Using Your Brain Could Cause You to Lose It

Your brain is similar to the muscles in your body and therefore needs to be in practice constantly or needs to be used continuously to ensure that it works efficiently. Various learning experiences that give your brain a mental workout can help you build up your cognitive reserves, as well as improve your ability to perform a job on time. Your cognitive reserve can be strengthened by undergoing various life experiences, and people with a better cognitive reserve can have a higher ability to respond, adjust and cope with certain unexpected life events. Shirley Newell, MD, former chief medical officer at Aegis Living, said that “You can build up your “cognitive reserve,” or your brain’s innate ability to get a job done, through different types of learning and or through new experiences.”

Your brain is the ultimate processor that resides in your body, handling everything – from senses, chemical reactions to movements and responses. Every minute and even second, it receives and retains millions of different information pieces, often from different body organs, which it then uses to integrate and form a wider, more complete picture of our world. It is, therefore, cool to learn a bit more about it.