Are Hypnotherapists Aware Of The Diversity Within The Field of Hypnotherapy? Is There More Than Erickson vs Elman?

“If all economists were laid end to end, they would not reach a conclusion.” – George Bernard Shaw

There were times at the early stages of my own professional career as a hypnotherapist whereby I would suggest that the same is true for hypnotherapists and the field of hypnotherapy in general.

My own podcast Hypnosis Weekly (which returns next week by the way) aims to celebrate the diversity of the field of hypnosis. It is a central tenet of the podcast. Over the years I have wanted to champion the diversity of the field of hypnotherapy and show how all of us hypnotherapists and hypnosis professionals can benefit from the spoils of the discussion, research, academic debate and the ensuing diversity.

Yet my experience of the last decade alone is such that I genuinely do not think the true depth and breadth of diversity of the hypnotherapy field is appreciated or even known by the majority of those working in it.

For example, just recently, I was looking at an advertisement for a hypnosis conference which professed to being open to the diversity within the hypnosis field, the organisers illustrated this by stating that they welcomed speakers and delegates who had Ericksonian OR Elman leanings. Like that somehow encapsulates the single, central debate and nugget of diversity this field has to offer.

The most prominent academics in the field of hypnosis have debated, discussed, researched and the diversity explored and offered up does actually go beyond Erickson vs Elman, believe it or not. What’s more, the vast majority of academics and scholars would probably not really consider Elman vs Erickson as a majorly important debate. This is not meant as a slight on either of the two important contributions made to this field by both men (I respect both greatly), but I think their work has been made much more important and central to the hypnotherapy field by frontline hypnotherapists than many researchers and major academics would think or permit. In the great many hours of literature reviews I have carried out for my Phd studies, which has included reading in detail virtually every single randomised controlled trial conducted in the field of hypnosis research, I am yet to find Elman quoted at all, and Erickson in very fleeting fashion and only when indirect approaches are being examined and scrutinised.

Also, if you visit the vast majority of online hypnosis forums, everyone within them in very general terms tends to agree with the main tone or central thought process of those who run or own the forum. If you have a majorly dissenting perspective, even if you argue it effectively and considerately, it is often met with hostility and there is a strong likelihood you’ll not be welcome to return. So rather than explore the diversity this field offers, they prefer to regurgitate what is already considered the truth or is a consensus held by the majority as dictated by those holding the reins.

I met with senior members of one of the UK’s largest hypnotherapy associations last year, instigated by them to seek out my counsel and when asked about ways of developing hypnotherapy training in the UK, I offered suggestions about the qualification they offered still expecting hypnotherapy students to explain scientifically flawed, unproven and outdated (superseded by modern research findings) concepts and approaches and I was told that with regards to the qualification; “if it aint broke”. My suggestions were roundly rejected in the name of continuing the ease of keeping things as they were and have been since the first day the qualification was available a decade ago. Yet the very same qualification has compulsory questions about the importance of continued professional development – that seemed to be important a concept to hypnotherapists, as long as members of this organisation develop according to an old, outmoded perspective of hypnosis, for example. 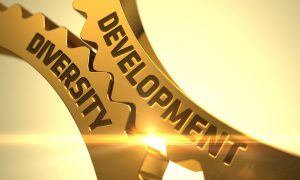 These types of attitudes that proliferate the field of hypnotherapy tend to deter from creating a culture of growth and development. That strikes me as a great shame. As long as people keep on simply digging their heels in, defending and perpetuating the same rhetoric, entrenched in the same dogma, heavily invested in the same stance, then those individuals will not grow, and with it the hypnotherapy field will not grow. Front line hypnotherapists are the beating heart of the hypnotherapy field, and I love them for loving hypnotherapy and what it can do, yet the diversity the field holds remains largely unknown. There is some exciting stuff, some challenge, and some actual diversity to be unearthed.

As well as helping hypnotherapy clients update beliefs, become aware of cognitive bias and existing patterns of cognition reinforcing their issues, perhaps hypnotherapists and hypnotherapy trainers also ought to give themselves a wholly objective audit of beliefs and biases and be open and welcoming to the actual largely undiscovered bounty of theoretical and research riches that it holds.

You see, I think if we substituted the word ‘economists’ for ‘hypnotherapists’ in the George Bernard Shaw quote, so that it said the following “If all hypnotherapists were laid end to end, they would not reach a conclusion.” I’d disagree. Because in general, although there are a few mild disagreements here and there, the masses tend to think the same, and it is often borne out of not knowing any different and not daring to adopt healthy critical thinking with regards to what is being taught.