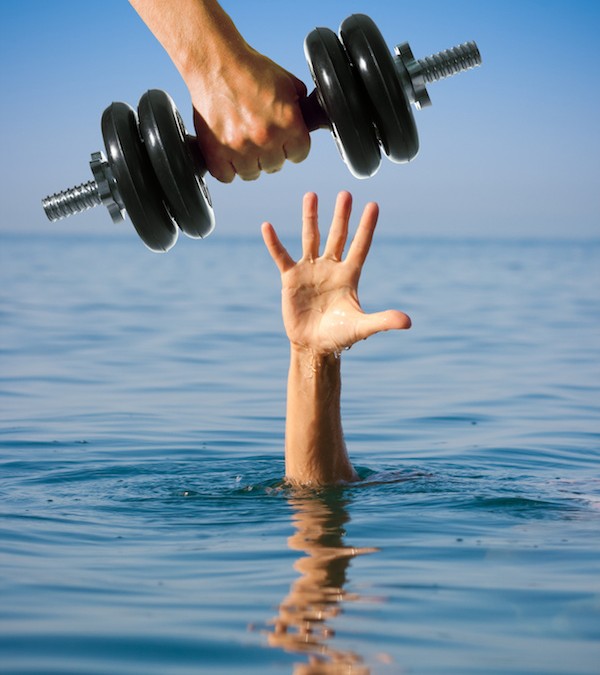 One of the reasons I have a regular slot in my Hypnosis Weekly podcast entitled ‘Hypnosis In The News’ is because I think the media portrayal of hypnosis tends to influence opinion of the public greatly and provides the public with the majority of their education on the subject.

The public’s general understanding about hypnosis is typically incorrect or ill-informed at best. The truth is, the public are mainly unaware of the depth of research that the field of hypnotherapy has to support it. Many applications of hypnosis have undergone research studies that meet strict criteria, I wrote about Hypnosis as an empirically supported treatment a few years ago and you can read that to see some of the research the field of hypnotherapy has that bears up to scientific scrutiny.

That is why on my Facebook page and on my Twitter feed I offer up a weekly evidence based meme of the week and ask for people to share it, and why my training college attempts to close up the chasm that exists between the front line of hypnotherapy and academics and researchers.

With so much misinformation, inaccurate portrayal, myth and misconception about hypnosis in the media, it is tough for the public to know what is correct and what is not. How do you sift through all the nonsense if you don’t have a vested interest?

That is why I think Keith Barry is doing a massive disservice to the field of hypnosis by issuing a press release whereby he was interviewed and has made a number of statements about how he apparently uses hypnosis.

Keith Barry is the hypnotist on the ITV series You’re Back In The Room, whereby he stars alongside Phillip Schofield and a number of people who get hypnotised to do silly things to entertain the viewers during a primetime network TV slot.

The recent news release quotes Barry “admitting to using hypnosis to avoid speeding fined from the police.” That’s right, Keith Barry claims that he uses hypnosis to “get out of speeding fines by fooling police officers.”

This is what I want to say on this subject:

1. Hypnosis does not ‘fool’ people. A classic piece of research by the prolific hypnosis researcher Theodore Barber (1969) showed that the ability to experience hypnotic phenomena does not indicate gullibility or weakness.

Additionally, hypnotic subjects retain the ability to control their behaviour during hypnosis, to refuse to respond to suggestions, and even to oppose suggestions (see Lynn, Rhue and Weekes, 1990). A police officer would easily be able to choose not to respond to anything Keith Barry is suggesting is hypnosis, in particular if he was being given suggestions to overlook the very law he or she is employed to uphold.

2. Hypnosis does not work in a way that is being portrayed by Barry, he is promoting gross misconception and myth. Hypnosis is collaborative. Hypnosis depends more on the efforts and abilities of the subject than on the skill of the hypnotist (Hilgard, 1965).

Barry might be being influential, or charming, or persuasive, or perhaps he flashes his underwear provocatively and wins over the police officers, but that is not hypnosis. Hypnosis is not done ‘to’ or ‘on’ someone. Hypnosis is a verb, not a noun (White, 1941) it is something the recipient is actively engaged in, not passively responding to.

Why do so many people want to portray hypnosis like it is some sort of a magic power that you exert upon others? 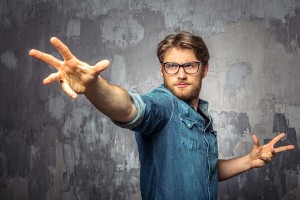 3. If what he says is true. If hypnosis could be used this way, what about the ethics of this? He refers to “fines” – that is plural. So he is merrily showing complete and continued disregard for speeding laws firstly. Secondly, he is saying that on the (plural) number of times he has been pulled over by police for speeding, he is quite happy to attempt to evade the correct legal consequences.

Speeding limits are generally in place for a reason, I guess most people nip over them from time to time, but to repeatedly have the police pulling you over for it? He states “I’m not a mean person, so I don’t go around doing evil things to people” so I’m guessing he has not yet had an accident and damaged property or caused anyone any harm with his speeding, and let’s hope that if he is continually speeding he does not ever collide into a pedestrian. Some might consider such flagrant disregard for the law as being mean if it had resulted in such an occurrence.

I may be coming over as a ‘jobsworth’ here, but this sort of stuff harms this field and I know it upsets many of us that are trying incredibly hard to have hypnosis portrayed with some sort of accuracy and become regarded as the credible field it is.

When ITV’s You’re Back In the Room TV show first aired, I wrote about it (almost a year ago to the day), and you can read that article to get my full response to it; I’ll not repeat those same points here as much as I feel inclined to. ITV’s Latest Hypnosis TV Show ‘You’re Back in the Room’ – What Did I Think?

What saddens me is that when the field of hypnosis gets some limelight, the show simply tries to appeal to the lowest common denominator, it misleads and does not educate properly about what hypnosis is and how it works. You could do that and still entertain.

Hypnosis is simply not something that can be wielded like a Jedi in Star Wars. If it was, that is the only thing that could make me love this field more than I do currently.

However, the ITV show is not happy with just portraying hypnosis in this misleading light though, oh no….  It also then dishes out this even more misleading press release suggesting hypnosis can be used to get out of speeding fines and can be used to dupe police officers. Just to try and plug the show (I’m guessing).

Can hypnosis really do that though?

If so, why is the world not descending into anarchy? I mean, is Keith Barry the only single human being on the planet who knows this stuff? Not at all, all the nonsense he espouses is rehashed in poor quality book upon poor quality book and upon numerous websites perpetuating the same myths and nonsense.

Keith Barry, why not release a press release about something kind, loving or healthful that you have used hypnosis for? Why not read some research and use your elevated status to educate correctly about hypnosis and it might stand a chance of moving beyond it’s current perceptions, the ridiculous joke status that your show gives it and be able to develop some credibility on the back of the empirical findings we already have and the sterling work being carried out by quality hypnotherapists around the world?