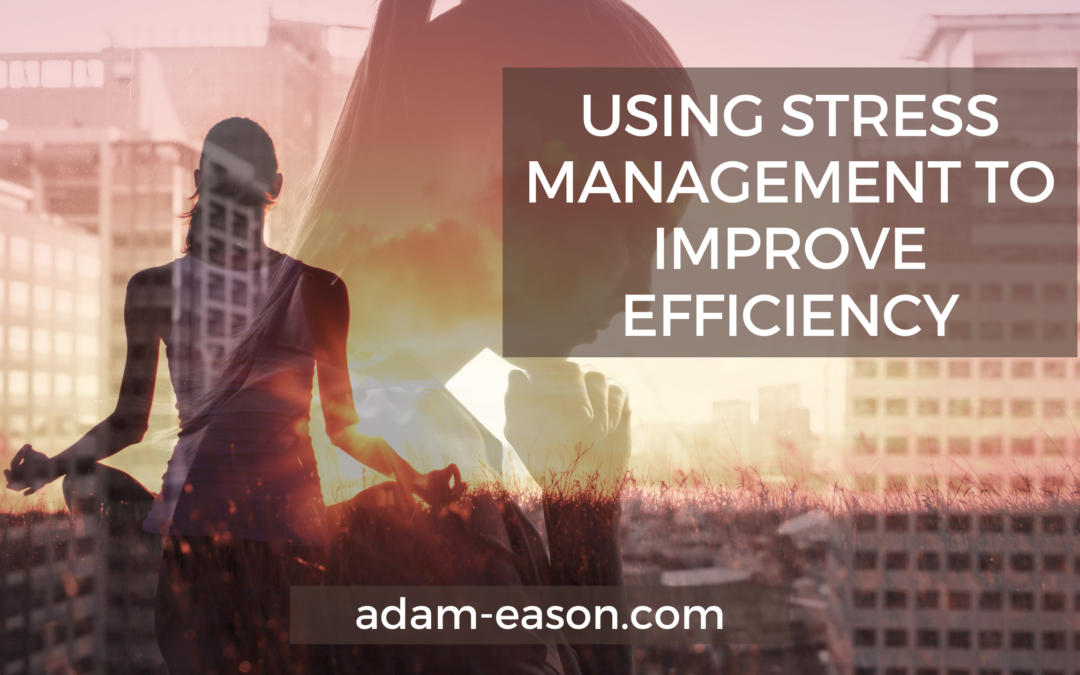 Here today, I want to help you understand stress from a psychological perspective, symptoms, and effects, and what to do whenever you find yourself drowning in this common psychological challenge. The key message? Instead of stress using your body to work against you, by understanding it, you can use it to be effective, improve your performance, and your overall response to stressful situations.

There are a plethora of definitions of stress if you asked various people. But from an expert’s perspective, a Hungarian named Dr. Hans Selye adopted the term Stress from physics in his research, “the Body’s General Adaptation Syndrome to Environmental Demands” which referenced Human Behaviour.

Since then, various disciplines in medicine have settled on the explanation of stress as a response of the body triggered by unexpected environmental demands. That said, stress can be a result of either a negative or a positive cause. For instance, a contract you’ve been yearning for slipped up from your company and ended up being given to your competition. That could be a form of negative stress. When it comes to positive stress, let’s say your partner, whom you love, of course, proposed to you. Awesome! But are you ready to commit yourself to someone for the rest of your life?

The Role of the Nervous System

As of 2021, the research carried out on the body’s response to stress is not just profound but also diverse. This comes as no surprise in the complexities of the processes of our human bodies. To put it simply, the Nervous System plays an integral part in response to stress.

Once the body perceives a threat and goes to flight or fight mode, ANSs (Further branched into Sympathetic and Parasympathetic) responds by mustering all bodily energy through the stimulation of the sympathetic system.

In this mode, you experience;

Once the threat has been neutralised, the other ANSs system – Parasympathetic takes control by giving you a sense of relief hence normalizing your physiological processes. The hypothalamus is responsible for regulating the ANS system. This defensive flight or fight response gets triggered due to the influx of hormones released in the body.

Perhaps we humans in the modern civilisation aren’t often faced with real-life perils compared to the early man, but this defensive response is the default way of reacting to a stressful situation whether it’s arguing with a spouse or the imminent prospect of getting hit by a speeding car.

Types and Causes of Stress

Causes and types of stress could seem identical, but don’t get stirred into the mix. Types of stresses could be influenced by factors such as age, demographics, and occupation. Here are the four types of stress.

As outlined earlier, stressors depend on various factors. Furthermore, stressors cannot be highlighted as a whole for one. One might not have any financial constraints, but could be suffering from a chronic illness. Another might get a job post as at a lucrative position in a well-off firm yet requiring them to move from to a different town.

The factor of age is also relevant since an adult’s stressors might not affect a teenager at all. Stressors too could either be positive stressors such as the example outlined about a rewarding job post requiring the person to move to a different city or the most common, negative stressors.

Common stressors could include:

Having said that, how someone has adapted over time to deal with problems is a factor as well as their ability to cope with minor and major forms of stress.

Relationship between Stress and Efficiency

Once you fall victim to stress, it affects you physically, emotionally, cognitively, and how you normally behave. This is caused by the influx of hormones secreted from the pituitary glands to the bloodstream where you’ll experience high blood pressure and sweating. The aim of this is to supply you with enough energy to either deal with the threat or run away from it.

Your emotional response would depend on the magnitude of the stressor, but your normal state will surge to irritability, shock, then sadness, and depression. If the source of stress is acute, aggression and loss of focus will be present, but if it’s more of a chronic stressor, you’ll fall into a depressive state where you’ll be withdrawn and silent.

Whether stressed or overstressed, your cognitive functions get impaired and this is the point where most of your efficiency gets abridged. The levels of your focus lessen; hence you cannot focus for long periods of time. Most of your blood gets channeled towards other body organs therefore your brain lacks the capacity to operate efficiently. This is the point your ability to make good judgments is impaired and in most stressful situations, your best levels of efficiency and cognitive capacity are required.

When it comes to stress relief, various methods can be applied whether it’s in the event of the stressor or before the stressor to help you manage stress effectively. As you might probably expect, they’ll require you to alter your way of life either adopting new habits or dropping old ones that deter you from dealing with stress effectively.

It would not set the right precedent if we started with measures such as medication and treatment. Acute stress can be handled efficiently before growing to become chronic. Hence, if you’re experiencing anxiety attacks and elongated periods of sadness for the first time, then it might be the time to make lifestyle assessments and importantly, evaluate what type of disorders you might be having;

Here are common types of anxieties you might experience either congenital or acquired over time due to situations or personality changes;

Healthy habits aimed to alleviate such sorts of stress include;

Meditation is a simple exercise that requires you to bring your attention to your breath for a specific set of times. Once you feel your mind drifting away in thoughts, you acknowledge these thoughts then bring your focus back to your breath.

Additionally, Maharishi Mahesh Yogi popularized another Eastern practice known as Transcendental Meditation which is similar to meditation, other than you silently chant tailor-made Mantras through a meditative state spanning to 20 minutes. These methods are highly efficient in grounding you at the moment through Mindfulness, significantly helping you control stress both short-term and long-term.

Because there are muscular constrictions when the body goes on fight or flight mode, relaxation techniques help you take control of the effects of the hormones released in the bloodstream.

These could be applied in the event of the stressor, and they comprise of methods such as Self-hypnosis (mentioned shortly), Progressive Muscle Relaxation Technique, and Transcendental Meditation.

In general, psychotherapists (including well-trained hypnotherapists) and psychologists are the professionals in the mental health field who help people cope with stress whether it’s acute or chronic.

Methods such as Cognitive Behavioral Therapy (CBT) and evidence-based hypnotherapy are some of the common treatments for stress and other chronic mental conditions.

For persons in need of immediate relief, prescription medication such as benzodiazepine and antidepressants could be effective if prescribed by a professional. Nonetheless, they might be accompanied by side effects, hence, communicate with your GP regarding this.

On the other end of the scope are other self-prescribed ‘medication’ such as Marijuana, hard drugs, and alcohol. These lead to dependence and later addiction which creates a problem on top of another. Furthermore, combining these drugs with prescriptions is another practice that is highly discouraged.

It is better to learn self-hypnosis to apply for yourself beyond an audio track, here are a couple of excellent additional free resources in that regard:

A. A free roadmap and guide to learn self-hypnosis.

B. A 20 minute free crash course in self-hypnosis.

Both are founded in very evidenced-based principles grounded in solid science rather than the majority of wooo and pseudoscience that is usually inherent with the topic of self-hypnosis.

Stress has and will always be a part of life. However much it causes negative feelings, it could be channeled to the right causes such as growth, personal improvement, and on this topic, efficiency in work and finding solutions to problems.

Nonetheless, this is if one learns to control themselves through stressful situations, finds ways to foresee and avert possible stressors, and ultimately, cultivate positive feelings such as optimism and happiness.