What Have Orson Wells, Pokemon and Current Trends On Social Media All Got in Common? Are You A Voice Or An Echo? 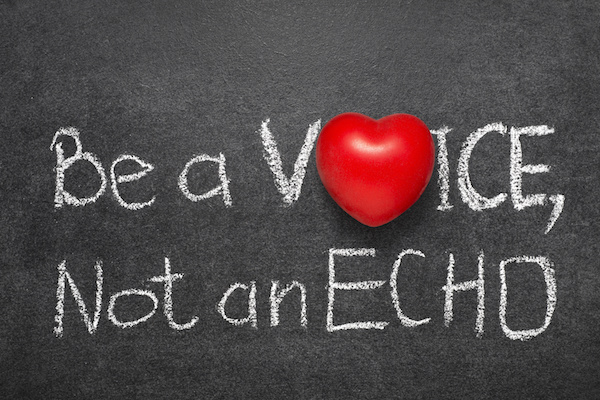 Back in 1938 Orson Welles caused a bit of a stir with his realistic radio broadcast of “War of the Worlds” which was dramatised and adapted to depict a Martian invasion of Earth.

Sunday evening in the 1930s was prime-time in the golden age of radio, and millions of Americans had their radios turned on. Many missed the introduction of the play due to a very popular ventriloquist being on another channel. Many of those tuning in late heard the announcer take listeners to “the Meridian Room in the Hotel Park Plaza in downtown New York, where you will be entertained by the music of Ramon Raquello and his orchestra.” The music played, and then the frightening stuff began. An announcer broke in to report that “Professor Farrell of the Mount Jenning Observatory” had detected explosions on the planet Mars. This was followed by another interruption in which listeners were informed that a large meteor had crashed into a farmer’s field in Grovers Mills, New Jersey. This report on the History Channel states:

Soon, an announcer was at the crash site describing a Martian emerging from a large metallic cylinder. “Good heavens,” he declared, “something’s wriggling out of the shadow like a gray snake. Now here’s another and another one and another one. They look like tentacles to me … I can see the thing’s body now. It’s large, large as a bear. It glistens like wet leather. But that face, it… it … ladies and gentlemen, it’s indescribable. I can hardly force myself to keep looking at it, it’s so awful. The eyes are black and gleam like a serpent. The mouth is kind of V-shaped with saliva dripping from its rimless lips that seem to quiver and pulsate.”

The Martians mounted walking war machines and fired “heat-ray” weapons at the puny humans gathered around the crash site. They annihilated a force of 7,000 National Guardsman, and after being attacked by artillery and bombers the Martians released a poisonous gas into the air. Soon “Martian cylinders” landed in Chicago and St. Louis. 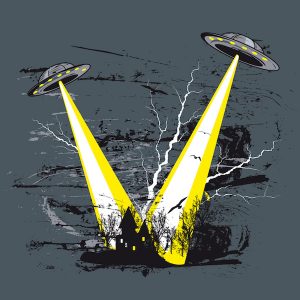 The radio play was extremely realistic, with Welles employing sophisticated sound effects and his actors doing an excellent job portraying terrified announcers and other characters. An announcer reported that widespread panic had broken out in the vicinity of the landing sites, with thousands desperately trying to flee. In fact, that was not far from the truth.

Thousands and thousands of radio listeners believed that a real Martian invasion was underway. Panic broke out across the country. In New Jersey, terrified civilians jammed highways seeking to escape the alien marauders. People begged police for gas masks to save them from the toxic gas and asked electric companies to turn off the power so that the Martians wouldn’t see their lights. One woman ran into an Indianapolis church where evening services were being held and yelled, “New York has been destroyed! It’s the end of the world! Go home and prepare to die!”

It is a major contender for use of the expression “well that escalated quickly.” You can google it and explore the story and read about the accounts of people whose neighbours were banging on their doors telling them to flee for their lives. These people had their reality created for them by radio. Many believe that the masses were primed for such as the current political climate was created by being in between two world wars, and there are other contributing factors for sure, yet people’s reality was created by radio and then further constructed by the response of the masses around them reacting with panic. 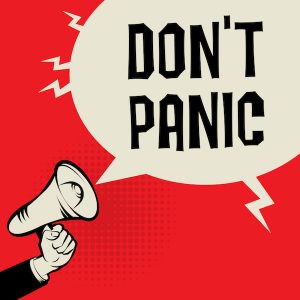 More recently, an episode of Pokemon has only ever been shown a single time and never rebroadcast. The episode entitled Dennō Senshi Porigon, translated as “Cyber Soldier Porygon” was the 38th ever episode – those of you with foil hats may be making some vague conspiracy connection with the Orson Welles event, but I assure you this is a fluke – this episode of Pokemon is famous (neé infamous) for using certain visual effects which supposedly induced photosensitive epileptic seizures in a large number of it’s Japanese viewing audience. 685 viewers were admitted to hospital.

If you go and read this article at the website of the skeptical enquirer though, you’ll see that not all scientists and experts consulted believed that mass epileptic seizures really happened as the media terrifyingly portrayed it. Many have since explained it as mass hysteria, from the Skeptical Enquirer article:

– Many of the Pokémon-induced symptoms reported (e.g., headaches, dizziness, vomiting) are less typical of seizures than of mass hysteria. Conversely, symptoms that are associated with seizures (e.g., drooling, stiffness, tongue biting) were not found in Pokémon victims. Three other symptoms (convulsions, fainting, and nausea) that were common to Pokémon victims are associated with both seizures and mass hysteria.

(It is important to distinguish seizures from epilepsy. A seizure is a symptom of epilepsy, which in turn is a general term for an underlying tendency of the brain to produce a variety of electrical energy that disrupts brain function. Seizures can be brought about through various ways [e.g., a lack of oxygen, brain injury, high fever], and one seizure does not in itself establish epilepsy. There are several types of seizures; research by Tobimatsu et al. found that the Pokémon victims they studied all had generalized tonic-clonic seizures, so that is the type I have used for comparison.) 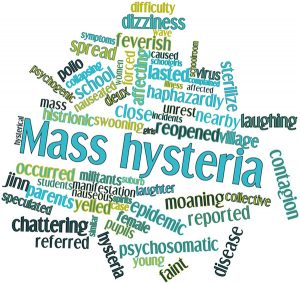 – Stress frequently plays an important role in cases of mass hysteria, and Japanese youth are under tremendous academic and social pressures to achieve. Japanese schools in particular are known as high stress-generating institutions, and students with low (or even mediocre) grades have been known to kill themselves. The week the episode aired, many Japanese youths were preparing for high school entrance exams and therefore already under added pressure (Asahi Shimbun 1997a). Extraordinary stress by itself cannot and does not trigger epidemic hysteria. Another aspect of Japanese culture, however, may contribute to mass hysteria-the compulsion to conform.

– Bob Riel (1996), manager at a Boston-based cross-cultural training firm, puts it this way: “One of the most important traits of the Japanese mindset is its collective nature. In Japan, we comes before I- a concept that’s taught early on. Unlike Western children, who are taught to be independent self-thinkers, Japanese children are educated in a way that stresses interdependence, and reliance on others. Many Japanese habits and customs stem from this desire to maintain the group.” This type of collective social order makes a fertile ground for contagion. 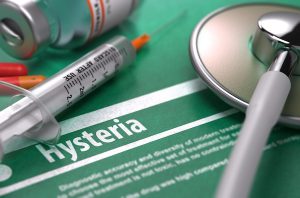 There are so many similar examples of these types of events, and I’m just touching on these two. Whereby the absolute reality (to the extent of mass panic, and real physiological responses) of people has been created by media, expectations, attitudes, and whereby the consciousness of individuals has been dominated to the point that people are not really thinking or feeling for themselves. Many people reading this may think “pay, you’d never catch me responding in such hysterical fashion to cartoons or radio broadcasts” but can you be so sure?

Are you contributing to what is currently trending on social media platforms? I am just about to….

Here at home, Sam Allardyce has left/been removed from his position of England football manager for getting caught in a sting operation offering to bend FA rules of 3rd party player ownership in exchange for money. The Telegraph newspaper who have organised similar sting operations to numerous professionals in the football world have exposed some other corrupt individuals who are losing their jobs and being mentioned in the media. As a result, many of my Facebook and twitter friends are expressing opinions and thoughts on the matter. I have done so, I have publicly shown my disdain for such corruption in football, but also expressed some disgust with the media’s readiness to lap up such controversy.

Other topics to be ‘trending’ on social media platforms are the split of ‘Brangelina’; what a sellout Paul Hollywood is for joining the Great British Bake-Off at it’s new home of Channel 4 instead of staying loyal to the BBC along with the other presenting team; and who’s guilty of murder in the latest edition of the most popular soaps. People are commenting, debating, discussing, in reaction to what is happening in the media and on social networks.

It begs the question; are we thinking for ourselves?

What I want to illustrate here is just how much your own stream of awareness, your own levels of consciousness are dictated and created by others, and how capable we all are at having our consciousness consumed by media, the opinions of peers and so on. For many, it is not a major problem, but how many of us can claim to be having genuinely individual thoughts and claim to be directing our consciousness independently, orchestrating our own direction in life each day.

Go look at the proliferation of memes in your Facebook newsfeed, your twitter feed, on Instagram for starters. Then go and take a look at the types of things your peers, colleagues, friends and family share on all of these platforms too. Notice your own contributions. Are you really thinking for yourself?

I’ll be back next week. Have a great weekend in the meantime friends… And remember….. 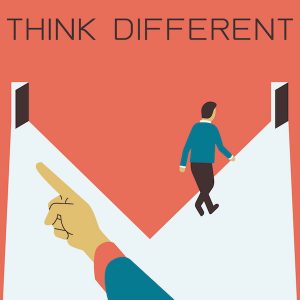