How To Think Freely 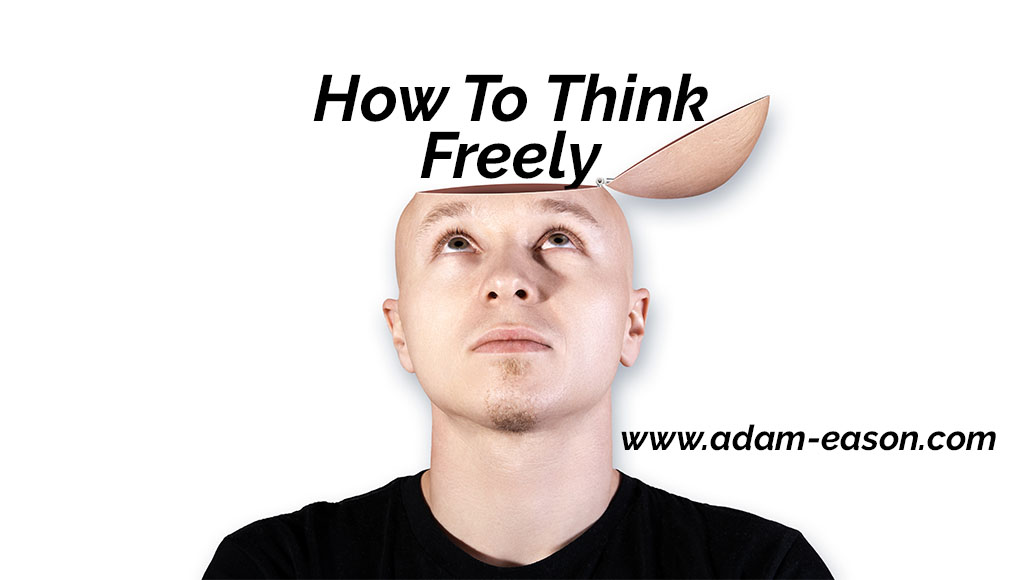 Many of us will have heard about the notion of being a free thinker, but how many of us actually are free thinkers?

“Freethinkers are those who are willing to use their minds without prejudice and without fearing to understand things that clash with their own customs, privileges, or beliefs. This state of mind is not common, but it is essential for right thinking.” – Leo Tolstoy

Freethinking is a purely philosophical way of questioning until one finds the pillars of their assumptions and ideas. An obvious example is: why do some people assume God exists? Why do some so-called truths have authority? What is the basis of any authority? When can we say that we have come to knowledge? So it’s healthily sceptical in its very essence. At some point, you might not be able to dig deeper and yet be uncertain whether you have found a fundamental axiom (an undeniable truth). This means that the basis of what we often refer to as ‘’our knowledge” is often quite shakey.

One of the greatest hurdles in freethinking is the intrinsic latent human desire for public approval and conformity. It is always there, whispering in your ears that you need more people to agree with you and if that is not the case, you are somehow wrong. It requires a very conscious effort to do away with that since we inherit a bunch of those genes from our ancestors that helped them survive in the wild because of their conformity in the human tribe.

Successful people come from all walks of life, yet they all have one thing in common: where others see impenetrable barriers, they see challenges to embrace and obstacles to overcome.

They don’t see obstacles as blockers; instead, they think this is the path. This perspective helps them to think differently to everyone else, which is important because if you think like everyone else, no matter how smart or experienced you are, you’ll hit the same ceiling. By thinking freely and going against the grain, you can rise above your limitations. I recently watched the Netflix documentary series about Bill Gates where this is demonstrated and illustrated impeccably.

Too often, we attribute freethinking to natural, innate characteristics that belong only to the lucky. The truth is that you can learn different characteristics of a freethinker and incorporate their approach into your repertoire.

“A believer is a bird in a cage, a freethinker is an eagle parting the clouds with tireless wing.” – Robert Green Ingersoll

Freethinking is very closely related to scepticism. Many people go through life just accepting what they hear. This applies to theists and non-theists alike. Freethinkers are sceptical people, and they don’t follow any specific dogma or ideology. They’re interested in the answers themselves. Freethinkers use their imaginations, as well as critical thinking skills to understand and learn about various topics.

Don’t accept someone else’s opinion without giving it thought and doing your own research. Ask yourself questions and do research. Freethinkers have no boundaries. There are no questions that are off-limits.

Freethinkers often know more than others do, because they’re constantly trying to learn. They try to constantly grow, and they fill every spare moment with self-education. They don’t do this because it’s “the right thing to do”; they do it because it’s their passion. They’re always looking for opportunities to improve and new things to learn about themselves and the world around them. Instead of succumbing to their fear of looking stupid, they just ask the questions on their mind, because they would rather learn something new than appear smart.

Fill your mind with well thought out, complex ideas – not sound bites. Read as much as you can and as varied as possible

Expose Yourself to New People and New Places

There’s no easier way to learn to think freely than spending time with someone whose strengths are your weaknesses or whose ideas are radically different from your own. This exposure sparks new ideas and makes you well rounded.

Spend a year traveling to see every work of art you’ve ever wanted to see, for example.  Travel not only to rich countries where most people might think like you but also to less-developed ones – find out what locals do and get a true feel of their lives.

Exposing yourself to a variety of people is useless if you spend that time disagreeing with them and comforting yourself with your own opinions. Freethinkers recognize that every perspective provides an opportunity for growth. You need to practice empathy by putting yourself in the other person’s shoes so that you can understand how their perspective makes sense.

Be curious about things that normally you would have despised, always look at every angle of a subject and then determine if you agree or not.

Make Friends with Whom You Disagree

According to researchers at Stanford who designed the famous marshmallow test I have written about several times before here, freethinkers show better impulse control than others. Having a strong impulse control allows them to think before they react; it serves as a buffer between stimulus and response by creating space in between the two.

Freethinkers understand that friends who agree with them on everything add no value to their growth. They also feel conformable disagreeing with others.

The truth is there’s nothing wrong with having and sharing your own opinions. Find friends that you can discuss your thoughts with and not feel judged or belittled. If you have one group of two or three friends, you can keep it and concentrate on meeting new people and building other social circles.

Take A Mental Break Each Day

If you don’t permit yourself time to make connections with all the thoughts, conversations, and ideas you have throughout the day, you may experience a creativity drought prohibiting you from creating new solutions or ideas in work and life!

Stop watching TV, they have no interest in providing useful information, they are only interested in rating and making money. Instead, get involved in different activities that stimulate freethinking. For example, take a cold shower, walk your dog, or fold laundry. These mindless activities permit brains to avoid distraction by the stimulants that seize our attention.

Most importantly, know that you have the ability to free think and practice it. The more you start recognising the importance of freethinking, the more successful you will be.

Likewise, if you’d like to learn more about self-hypnosis, understand the evidence based principles of it from a scientific perspective and learn how to apply it to many areas of your life while having fun and in a safe environment and have the opportunity to test everything you learn, then come and join me for my one day seminar which does all that and more, have a read here: The Science of Self-Hypnosis Seminar. Alternatively, go grab a copy of my Science of self-hypnosis book, it’ll help you live with integrity!