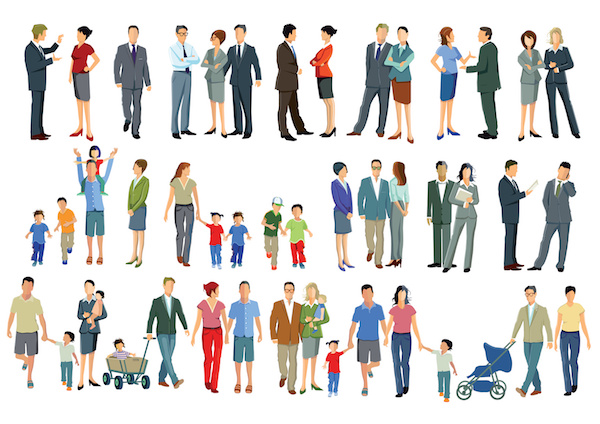 This week, our hypnotherapist business development academy began for this year and I spoke to the members of this year’s programme about how to get productive and ended up explaining how back in 2004 I took a week’s holiday and had a ‘staycation’ whereby I sat in my lounge from 7am to 11pm writing the bulk of my first book.

One of the funny things about it, I recall speaking to a friend on the phone on the Thursday and I said to him, “you are the first person I have interacted with in 5 days!” It was bizarre, and I vowed never to repeat it. My friend and I met up that evening and went to the pub together and I remember how lovely it was to engage in real-life with him.

Likewise, I love it when I finally meet people with whom I have only ever had email contact with; such as students who register for my courses – when we meet up, they are always so much more lovely than I imagined. Not because I imagined them as anything other than lovely, but because an actual meeting in real-life is so enriching and wonderful on a number of levels, the real life interaction makes them all the more wonderful.

I recall my younger days when I lived on a kibbutz for a while, I remember travelling into Jordan and Syria by train and across the waters on a journey, a husband and wife were talking and pointing out a range of red rock Arabian mountains, they were stunning as the sun had been beating upon them all day and it was early evening, they seemed to glow. It was not an important memory because it was so stunning and beautiful, but because I recall wanting to say to someone close to me “wow, that’s amazing, isn’t it?” I took photos, but they did not do justice to the splendour of that moment while I was travelling alone. I love opportunities I get to spend time alone in my garden, I love spending hours on long runs running alone with just my own thoughts and I love those highly productive days when I get to work on projects alone and become engrossed in those moments of quiet and focus. Solitude can be a beautiful thing, no doubt. 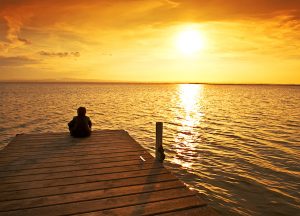 However, when I think about moments when I was really happy or enjoying life to the fullest, they involved other people. When you think about moments of major importance to you, I bet most of those moments were shared with someone. I mean, they don’t have to be extravagant moments, or out of the ordinary, but simply those moments when everything is great and in the right place.

Research has shown that having those interactions and those connections have a profound effect on us. “The idea that social interaction is important to mental and physical health has been hinted at and studied for years,” says Steven Joyal, M.D., vice president of scientific affairs and medical development for Life Extensions, a non-profit dedicated to research on extending the human life span. We are social creatures and despite attempts at faux social connection online, it’s not in the same league as real-life social interaction.

When I write about social interaction, it can refer to one-to-ones, larger multi-people events as well as your own existing relationships. In fact I have previously written about a couple of ways to use self-hypnosis to advance existing personal relationships.

Recent research suggests that the link between social interaction and health and well-being is more important than previously realised. Let me explain…

Social interactions help invoke the diffuse mode in your brain when learning something new. Professor Barb Oakley explains that during the day we bounce between focus mode and diffuse mode. Basically focus mode, is about concentrating on one concept or on a very specific scope while learning. However, it is exhausting for our brain to keep this mode for a long period of time. This is why going into diffuse mode is helpful. Diffuse mode helps us understand general ideas and lets our brain make connections in unrelated concepts.
Having an interaction with a friend about general topics, like the weather or even just saying hi and smiling, helps our brain move to the diffuse mode and away from the problem. This simple move from the focus to the diffuse mode allows the brain to approach the problem from a different point of view and more often than not we are able to resolve an issue or come with the answer faster.

In a study featured in the Journal of Affective Disorders, psychologists Dr. Alexander Haslam and Dr. Tegan Cruwys and their colleagues at the University of Queensland conducted two studies of patients diagnosed with depression or anxiety.

The patients either joined a community group with activities such as sewing, yoga, sports and art, or partook in group therapy at a psychiatric hospital. As a result of the studies, they were able to state “we were able to find clear evidence that joining groups, and coming to identify with them, can alleviate depression.”

A study led by the University of Michigan explored the effect that social rejection has on the mood and hormones. When a person receives an emotional rejection, the brain releases opioids. Opioids are substances that diminish the effect of emotional pain in the body similar to physical pain. A later study led by the University of Colorado Boulder showed that rejection is more closely related to sadness and depression.
Have an interaction with a stranger, with a friend or a family member. This will help them fight the sadness that they may experience by an earlier rejection. A smile goes a long way to show acceptance and a sense of community.

Here in the UK, many mental health charities offer support groups for those with depression to come and share, support and engage with others. While it is valuable to share and hear the experience of others, the simple and basic social interaction offers health benefits alone.

Oxytocin first became a focus of study as it plays a major role in the bonding process of mother and child. It has been shown that oxytocin strengthens the bonds that make the relationship of a mother and a child a special one. Now more studies have been conducted, and it has shown effects in many other areas. Humans that have been treated with oxytocin have shown a visible increase in fidelity to their partner. Also this hormone helps the feeling of compassion and care. In a more notable study, autistic children that were treated with oxytocin showed higher levels of comfort with social interactions. 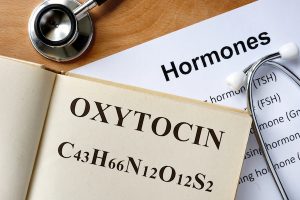 Oxytocin is only released in response to a positive effect. This means when neurons get excited, oxytocin is released and this release triggers the hypothalamus to produce more oxytocin. Evidence shows that we produce oxytocin during social interactions.

Some may argue that older adults and in particular those with physical deteriorations have different goals and thus less ambitious to exercise regularly. Whilst this statement could be true, research reveals that persuasion among older adults is actually similar to younger members of society. However, several barriers (including physical and cognitive declines) impede their ability to participate in outdoor activities and eventually isolate them from the society. Consequently, the social isolation suppresses their motives to exercise and to have an active life.

However, a research in Trento on the aforementioned issues, suggests that social interaction and physical exercising are coherent. The study also confirms that social facilitation tools motivate users to train together in a virtual fitness environment. 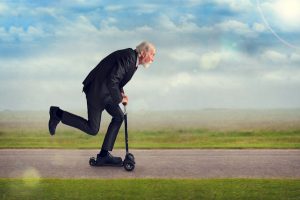 The value of social interaction among the elderly is laid out beautifully and according to a strong evidence base in this PDF produced by the Age UK charity, have a read.

Social Interactions may help to reduce the risk of serious illness:

In one of the recent studies on the health benefits of social relationships, published earlier this year, researchers provided evidence that social ties and increased contact with family and friends are associated with a lower risk of death in young women with breast cancer. “This study provides research-based evidence that social support helps with physical symptoms,” said lead author Candyce H. Kroenke, ScD, staff scientist with the Kaiser Permanente Division of Research. “Given that this dimension was determined by the availability of someone with whom to have fun, relax and get one’s mind off things for a while, it is possible that positive social interaction may enable women to forget for a while the distress of being a cancer patient, and the physiologic effects last beyond the actual interaction.”

What’s more, a 2010 meta-analysis of 148 other studies showed that social connection doesn’t just help younger women survive health problems: the lack of it may cause them.

Staying connected to family and friends or making a decision to develop new friendships has never been more important, and in many cases, has never been easier. The digital age allows us to stay connected via mobile phone, texts, email, Skype, Snapchat, Facebook, Instagram, and so on. In fact, we can even meet and make virtual friends that live miles away or even in a different country.

Real-life social interaction is so much more enjoyable and fun though! Go and meet up in real-life, share laughter (want to know how important laughter is for your health?) From lunches with coworkers to outings on the weekend, having some fun will give you a sense of warmth and fulfillment that’s pretty tough to find any other way. Whether it is quiet and intimate one-to-ones or larger get-togethers, the evidence is pretty conclusive too, social interaction is incredibly good for your health in a number of ways!
Today, decide to make sure your social calendar is full for the foreseeable future.

It’ll be quiet here from me for a wee while as I am off on holiday with my wife and children. Lots of social time with my three favourite people, completely unplugged from all distractions. 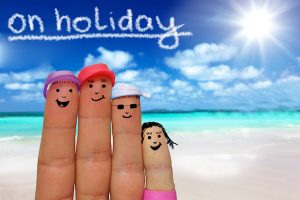