Effects of self-hypnosis on immune functioning: The evidence 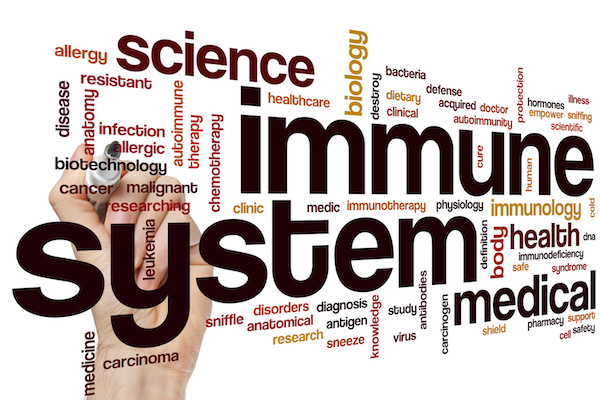 Whilst conducting a very comprehensive literature review for my PhD (I realise I have mentioned that more than once here) it has become apparent, as I have said in the past and say in my science of self-hypnosis book, that there is a lack of credible evidence supporting the field of self-hypnosis, much more so than hetero-hypnosis.

Of the areas where self-hypnosis has evidence supporting it, paediatric applications, pain, childbirth, stress and anxiety have more evidence than other areas in terms of randomised controlled trials. The other area that is well supported is the advancement of immune functioning.

This week, I thought I’d offer some techniques and strategies and ways to use self-hypnosis to boost immune functioning. Prior to that, here is a look at the evidence.

The effectiveness of self-hypnosis in modulating the effects of exam stress on the immune system has been examined (Whitehouse et al., 1996; Gruzelier, et al., 2001; Naito et al., 2003). Gruzelier and colleagues (2001a) demonstrated the effects of self-hypnosis in a group of medical students for both T-cells and NK cells. The intervention comprised of 3 weekly training sessions of relaxation training, group self-hypnosis sessions, autogenic training and mental imagery exercises which the students could then select to use any they wish at home prior to exams.

To examine the effect of different types of hypnotic suggestions that might be more effective than others in contributing to enhanced immune functioning, Gruzelier and colleagues (2001b) also compared an active imagery hypnosis approach with a relaxation-based hypnosis approach. The self-hypnosis group showed to be significantly more effective in diminishing effects of exam stress upon the immune system. There was a single live hetero-hypnosis session and the 9 recorded sessions in the group setting followed by prescribed use of an audiocassette to be used at least 3 times a week.

In the active imagination hypnosis group, subjects used a mental imagery process whereby they were “envisaging increases in NK cells and lymphcytes and surveillance by white blood cells in the form of sharks or dolphins devouring germ cells” (Gruzelier et al., 2001, p. 76) while subjects in the relaxation group were given suggestions for relaxation such as “peace, happiness and tranquility” (Gruzelier et al., 2001, p. 76). The active mental imagery appeared to be more effective in inhibiting the effects of stress upon certain lymphocytes and those using the active imagery hypnosis also reported less illness during the exam period.

Naito and colleagues (2003) supported these findings in a more recent study of medical students during exam time. Self-hypnosis successfully influenced the immune system of the medical students despite the stress of exams being present. The self-hypnosis training was compared with a traditional Japanese Johrei method and a control group of 8 mock neurofeedback sessions. The self-hypnosis training comprised of 4 weekly sessions commencing with an eye-roll methodology for relaxation which was then combined with immune bolstering imagery. They were subsequently taught a relaxation induction method with an audio recording of this to help practice it and also contained further imagery description examples. Each participant was instructed to practice self-hypnosis 3 times a day. 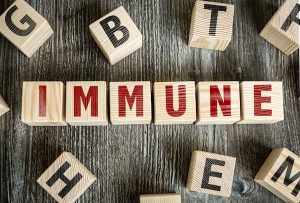 Ruzyla-Smith and colleagues (1995) demonstrated significant alteration of immune system response as measured by B-cells and helper T-cells for high hypnotisables under self-hypnosis conditions. In another study to suggest that self-hypnosis has a productive role to play as a result of it being able to change immune system parameters, Hall, Minnes, Tosi, and Olness (1992) found that the children in the self-hypnosis and mental imagery group were able to differentially increase the “stickiness” of just one particular type of white blood cell compared to the control group.

In a study that saw 21 subjects receive 14 weekly self-hypnosis training sessions Whitehouse and colleagues (1996) examined the immune effects of self-hypnosis as stress management for medical students during the first semester of medical school. Despite the authors not finding much difference in immune function between the groups, subjects in the self-hypnosis group reported significantly less distress and anxiety than the control group. The authors were also able to predict immune outcomes according to response to the self-hypnosis intervention. The subjects were instructed to engage in self-hypnosis exercises alone each day, with each session to last at least 15 minutes.

Olness and colleagues (1989) explored whether children can use self-hypnosis to voluntarily control aspects of immune functions. Children were assigned to two self-hypnosis groups, one using relaxation imagery, one using the same imagery and receiving suggestions for specific immune function control and the control group receiving no self-hypnosis training, just engaged in conversation for an equal period of time. The study showed that only the children given specific immune functioning related suggestions had subsequent increases. Following education and explanation of immune functioning, both self-hynosis groups received a single audio delivered hypnotic procedure two weeks later, prior to having their saliva tested. This was the first study of this kind conducted with children.

In a related, non-control study, Gruzelier (2002) showed a reduction of 40% in recurrence of genital herpes in 65% of patients following a 6 week audio series of hypnosis sessions. Positive gains were also made with the study participants in relation to anxiety and depression levels. This study supported the former studies suggestions that active imagination suggestions proved more effective than passive relaxation imagery. The result of these studies make further exploration of the impact of self-hypnosis training upon immune functioning with larger scale trials desirable according to the authors.

Please note, this is not including studies that have used exclusively or primarily hetero-hypnosis, of which there are numerous more studies. This is just looking at the use of self-hypnosis for advancing immune functioning.

I know this does not necessarily make for the most riveting reading, but it does show that we have evidence to support this application of self-hypnosis to advance immune functioning and I shall be sharing actual techniques and strategies in coming days. Watch this space….