How to Effectively Deal With Criticism 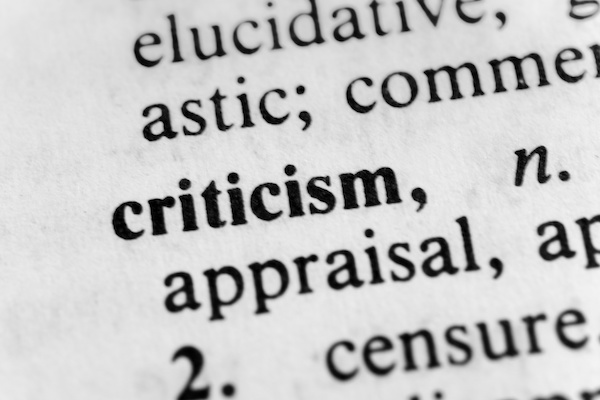 Typically, there are not many people around who sit down in a performance review and say, “Please give me your worst possible criticism about my ability to do my job and don’t hold back…it’s okay – I can take it.”

Constructive feedback is preferable and more palatable usually. That is something I do with all of my one-to-one clients after my first one or two sessions with them. Whether it is mentoring, coaching or hypnotherapy, I ask for constructive feedback about how I can be doing better and then I act upon it in order to develop a better relationship with that individual and to be able to help them more. It is sometimes hard to to take, but getting better at receiving that information and responding effectively to it without taking things personally is key in being an effective coach, mentor and hypnotherapist – and I’m going to write more specifically on that topic tomorrow. Today, I’m referring to when we receive criticism.

In reality, performance reviews, feedback and criticism are the glue that holds businesses, projects and even friendships together. Using constructive criticism to your advantage is the key to accepting it and taking it on board to make yourself a better person. On the other hand, destructive criticism is often intent on hurting our feelings and knocking us down (read about how to bounce back after being knocked down here), and you’ve you got to learn to shake it off. So how do you deal with criticism and grow from it? Here are a bunch of ways….

1. Identify between constructive and destructive:
“Don’t be distracted by criticism. Remember, the only taste of success some people have is when they take a bite out of you. The fact is, you can easily manifest your own success and show everyone what your’re worth.” –Zig Ziglar

Understand where the criticism is coming from and what the intentions of the source might be. Imagine stepping into the shoes of the individual and truly adopt their role to get a better idea of what type of criticism was being given – were there particular reasons for it being destructive? For example, if it’s a manager/teacher or another superior, then it maybe that they are having a bad day that has resulted in destructive criticism or if it’s constructive criticism, it may be that they want you to perform your best as you are part of their team.

Criticism can sometimes be difficult to identify. You will often need to step away from your feelings towards or about the individual so you can weigh it up objectively and recognise what it was about. The type of criticism isn’t just about the words themselves or recognising the intent, but also how the words are delivered; the tone of destructive criticism will most likely sound sarcastic, snappy, or arrogant, and certainly it’ll sound different to constructive criticism.

Sometimes, it may just be perplexing and hard to fathom, therefore…..

2. Ask clarifying questions:
Successful people avoid engaging in hostile confrontation; instead, ask clarifying questions to get to the root of the actual issues being raised with a focus on potential solutions for addressing them. Get curious and ask questions to clarify the content and context. By doing so, you will engage your critic and empower your own learning and development in the process.

3. Accentuate the positive:
You have to recognise that although it may be tough, ideally the person providing you the critique is looking to make you better by pointing out areas of behaviour that may be off target. Look (and listen) for the silver lining in what’s being said as that is where the true gold lies for personal and professional growth.

On a similar theme, have a read of this article for more on how to develop as a result of criticism or ‘failure.’
a) How To Learn From Failure.

4. Take notes:
Successful people realise that in the moment, being present and listening is only part of the recipe for success. The other piece lies in taking notes and writing down specific points of feedback that may or may not sit well with them. Don’t be afraid to take notes during the conversation – by doing so, you will not only show the individual you are taking them seriously, but it will arm you with real time commentary to review (and follow up with) at a later time.

5. Be humble:
Remain humble and avoid being arrogant in making someone wrong just because they’re criticising you. You have to realise that contrary to your own personal beliefs, there is always room to grow. Do what’s necessary to check your ego and arrogance at the door – it will only suck up the space and distract you from being present. 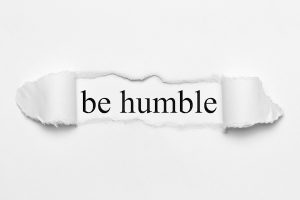 One easy way to help with this, is to refuse to take it personally, that is, do not make this about you, instead make it about how to improve performance in relation to a bigger goal, a wider project or system that you are part of.

6. Focus on content not the context:
You have to understand that actively listening to other people is skill set that can be incredibly valuable when speaking to others. So, focus on the content and messaging versus the emotional component or context in which it’s being delivered. Be mindful of where your thoughts travel and bring your focus back to the present moment so you can allow for better absorption and potential in understanding how to implement the commentary being addressed.

Aim to be objective and neutral and not get bogged down with emotive responses. Plus, this way, if it is undue criticism, you will recognise it as so, and be able to address it in the best way possible – when being objective, you’ll recognise that the criticism may tell you more about the person giving it than just what it means about you.

7. Listen openly and actively:
“Criticism is information that will help you grow.” — Hendrie Weisinger

Learn to develop ways to set your ego aside so it doesn’t hijack the conversation and defer you to a defensive mindset. You should understand that by letting your ego take control, the potential to derail the conversation and interrupt the person criticising will end in a poor exchange. Resist the urge to jump in and cut off the person criticising you. Place your full attention on the person speaking and wait until they’ve finished speaking to respond.

When responding, show them that you have heard what they have said by paraphrasing and repeating it back before you then respond. Also, swot up on active listening. Recognise that active listening is suspending your own thoughts and not thinking about when and what you are going to say next the whole time.

8. Take it like a pro:
You have to be open, willing and able to admit your wrongs and shortcomings. Your ability to take criticism as a means to better yourselves is what drives you to become more successful. In the end, if you believe there is truth to what’s being said, acknowledge it – take action if necessary then move on.

One way to really deal with criticism like a pro, is to develop and increase empathy, here is an article all about how to do that:
a) 8 Scientific Ways To Improve & Increase Your Empathy.

9. Schedule a follow up:
“You are a glorious, shining sword and criticism is the whetstone. Do not run from the whetstone or you will become dull and useless. Stay sharp.” – Duane Alan Hahns

You must realise that it’s impossible to listen, process and retain 100% of the criticism at one time. Schedule a follow up meeting of some kind to review and clarify any outstanding items as well as address any specific action steps needed to take on your part. By doing this, you will show them that you are engaged, committed and taking this conversation seriously.

10. Exit graciously:
“You can’t let praise or criticism get to you. It’s a weakness to get caught up in either one.” – John Wooden

You don’t have to agree with all the commentary to graciously and sincerely acknowledge the other person. However, you must understand what’s at stake and make sure you exit the conversation professionally with your head held high. Take a deep breath in, hold for a moment – exhale and thank the other person for this valuable exchange. Trust that you will get better and grow from this.

Final thoughts:
Research indicates that maintaining a positive perspective and a lack of cynicism helps you receive and use negative feedback productively. More often “Constructive” criticism is the only way we learn about our weaknesses. When you are defensive, arrogant or driven by your ego – you run the risk of missing out on the chance to learn and grow. Giving or receiving feedback is typically not high on people’s list of things to do but when delivered and received effectively – it can be a recipe for success. 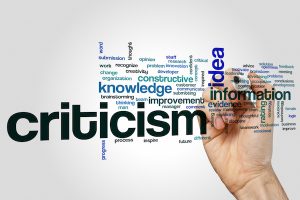 I’m going to get more specific to the field of hypnotherapy training on this topic tomorrow. Come back and have a read of that.