What Can Hypnotherapists and Hypnosis Professionals Learn From Feuding Hypnotists? 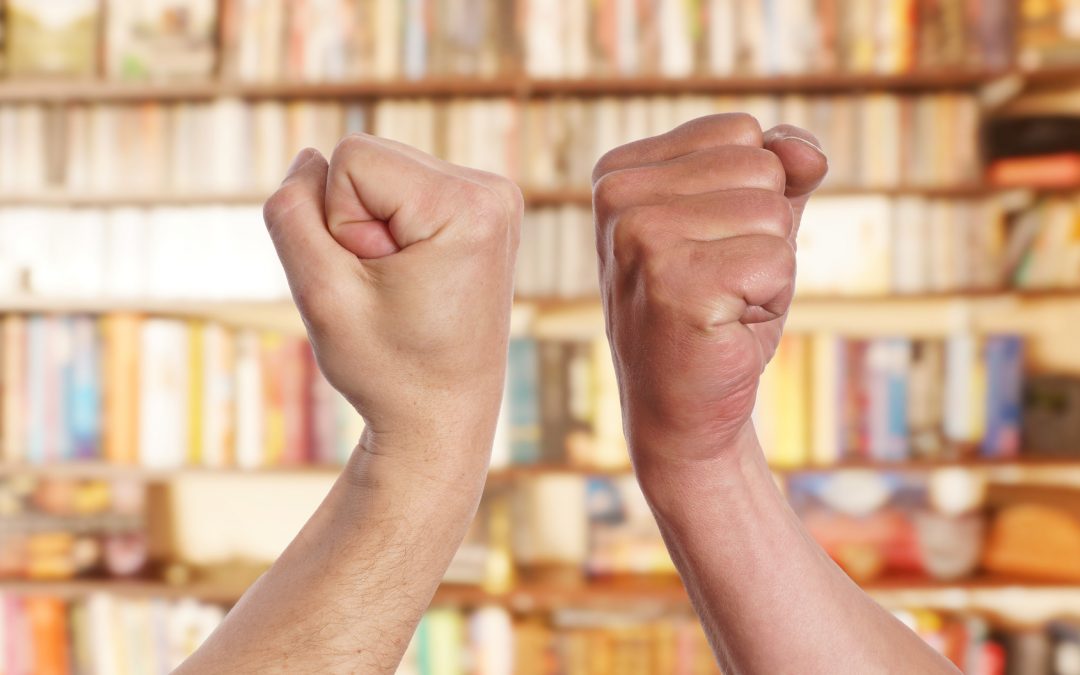 One of the things I love about having a podcast is that I get to speak to some very wonderful hypnosis professionals from all over the world. This week, I spoke to Jason Linnett based in Virginia in the US. You’ll enjoy his podcast episode. He said something that really rang true for me that I talk and write about often.

I’ll just frame this first. I open up with the same words at the beginning of my Hypnosis Weekly episodes, amongst other things, I say the following:

“This podcast is something that I want to encompass a feeling of embracing diversity, celebrating the field of hypnosis and encouraging friendly, professional, enjoyable discussion and debate, as well as doing it’s best to inform and educate.

I do not share the same stance as most of our guests and at times have major differences in approach and leaning, but all are incredibly lovely people who I’d happily talk with until late in the pub, and all of whom, following their time here on Hypnosis Weekly, I have a great deal of respect for.”

Within the field of hypnosis I have found many people get hostile towards dissenting or different perspectives to their own, so I wanted to demonstrate that even when I disagree wholly with a fellow hypnotherapists perspective or professional stance, we can discuss it and debate it professionally and courteously, sticking to the argument, the topic and not veering toward insult and free from the use of logical fallacies (read this article about logical fallacy in the hypnosis field for more on that) to make the points one supports.

That said, a major ethos of my own training college is that we all learn both sides to any debate, discussion and philosophy and be aware of those sides before we have that debate. Therefore, you are fully informed. I find it frustrating when someone remonstrates with a point I may make because it goes against what they believe in. What they believe in is all they have been taught. They are invested financially, psychologically and emotionally in what they were taught and therefore are less inclined to apply neutral, objective critical thinking to their own biases and beliefs. They become entrenched in dogma and defend their stance without knowing opposing views, perspectives and certainly often do not know what the evidence would suggest.

For more on that ethos that is central to my hypnotherapy training college, read this article: Are Hypnotherapists Intelligent Enough To See Both Sides?

Coming back to my discussion with Jason Linnett then. When I asked him about his professional influences, he quoted a professional colleague who once told him to “learn from people who disagree with each other.”

I loved hearing that and it caused a large beaming grin to spread across my face.

If we examine some of the most important opponents in the history of the field of hypnosis, though the feuds got unnecessarily personal on the odd occasion, what we learned as a result of this debates was incredibly valuable. Some grand historical highlights of feuding in the hypnosis field are as follows:

1. James Braid Vs John Elliotson. As James Braid coined the term hypnotism, he attempted to explain the seemingly mystical and magical apparent effects of Mesmerism and as he cast he Victorian Scottish common sense upon the subject Elliotson offered up more defence for medical Mesmerism and wrote his Zoist ‘journal’ in response to many of Braid’s writings. Braid was able to demonstrate many of his theories through his research and left an incredible legacy, though his bitter rivalry with Elliotson may not have been pleasant at all times (I have read numerous accounts of Elliotson;s unpleasantness) the debate and discussion highlighted so much that we hold true today still.

2. Hippolyte Bernheim vs Jean-Martin Charcot. In addition to Braid and Elliotson’s rivalry, Ternheim and Charcot really examined and created a valuable precursor and foundation for the state vs non state debate. Berhnheim even suggested there was no such thing as hypnosis and named his own approach ‘suggestive therapeutics’ while Charcot maintained hypnosis was an altered state and he suggested the ability to be hypnotised was a clinical feature of hysteria.

Here’s my ancient hardback copy of that very book, dated back in the 1880s: 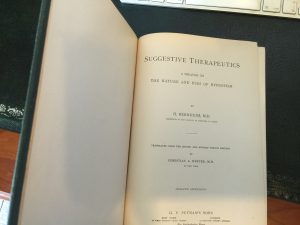 3. Emile Coué vs The Nancy School. In the 1920s Coué rejected the Nancy school and went on to rename his own approach ‘autosuggestion’ and the book by the same name went on to be an international bestseller of the 1920s. He rejected hetero-hypnosis because he discovered that people could simply reject suggestions, which was disputed by other schools of thought on hypnosis. If people could reject suggestions, it made sense for him to therefore teach people how to give themselves suggestions in the most effective way.

4. Hypnosis and the ‘Theory Wars’ of the 1970s. This involved the prolific researcher Theodore Barber greatly as he dismantled the highly criticised theory of ‘the Hidden Observer’ proposed by Ernest Hilgard, but also involved numerous other authors, researchers and academics. Much focused around state vs non state again, and modern research methods were introduced to scrutinise hypnosis, and it was a very productive time for hypnosis theory.

These small snippets do no justice whatsoever to the real debate that ensued at the time, they are exponentially more than I can give justice to, and there are many more other debating/feuding hypnosis academics and scholars that we can learn much from. This is the main point for me today, that we can all benefit from the spoils of those wars – the information, the debate stimulated, the questions asked, the attempts at answering them, the scrutiny paid to our subject.

I think it is a wise move to “learn from people who disagree” and especially so in the field of hypnosis and hypnotherapy. Rather than digging our heels in and blindly defending one singular stance, learn both sides of the discussion, understand the full depth of the argument and allow yourself some enlightenment.

Have a great weekend, I’ll be back next week. 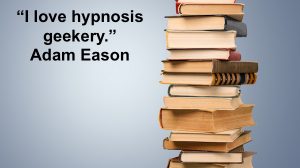