Are Hypochondriacs The Most Accomplished Users Of Self-Hypnosis? 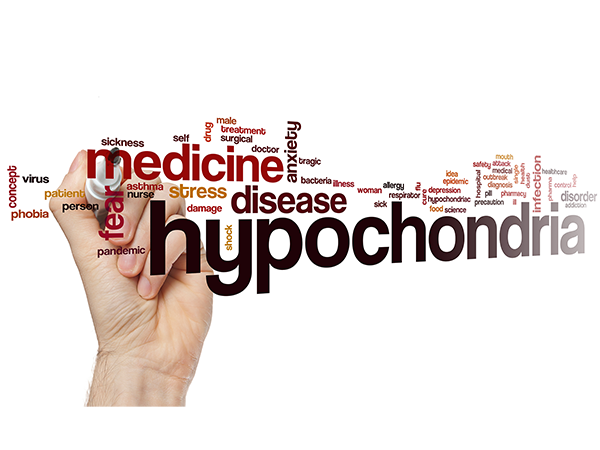 Today, I have a spring in my step… No, my knee has not healed… It is a metaphorical spring in my step… Nottingham Forest secured their place in the Championship last night as another result went our way and made it impossible for us to be relegated… Phew… Onwards and upwards to next season for us now!

Today I am wondering if hypochondriacs are the greatest and most accomplished users of self-hypnosis that walk the planet… What do you think? Let me explain why I am wondering this today…
John insisted the whites of his eyes were yellow coloured. Although they did not appear to be in the slightest bit yellow to me. I moved in for a closer look.

The subtle lighting in my consulting rooms can make any jaundice symptoms, a sign of liver disease, difficult to detect. Even as I looked closer, the whites of his eyes were as white and healthy looking as mine.

John was a moderately long-standing client of mine from many years ago. His name is not really John and I have permission from him to articulate some parts of our work together.

At the time, John was in his mid twenties, a good looking chap and well built, someone who should have felt invulnerable… Most men his age need to be talked in to going to see people like doctors and especially therapists like myself…

John needed no such talking into it.

He used seatbelts and a bike helmet. He ran as regularly as I did. He took great quality vitamins and supplements. He flossed his teeth and brushed them twice a day. Yet he still felt in perpetual danger of getting something bad… Health-wise.

For John every freckle was a potential skin cancer, every cold or cough an impending immunological crisis… I often pointed out my own freckles (I have many) and coughs from running in the rain…

Many “hypochondriacs” seem to almost apologise for being so…

Going to see your doctor about a prolonged bout of flu or the chest pain that probably represents indigestion (but started at the very age when your father had his first heart attack) doesn’t make you a hypochondriac… All illnesses are, in fact, “psychosomatic,” involving both the mind and the body.

The simplest sore throat brings a tide of emotion: sometimes fear (What if I miss too much work? Will I lose my job?), sometimes guilt (Will anyone catch this from me?), sometimes anger (Who did I catch this from?) And conversely, emotions, of course, often communicate in the language of the body: tension headache, stress induced upset stomach, and so forth. But true hypochondriacs, like John, obsess about the possibility that they are ill constantly; an uncomfortable and even paralysing state.

They convince themselves of all kinds of things… It is incredible self-hypnosis occurring.

When hospital tests proved to John that his eyes weren’t really yellow and that his liver function was perfectly healthy and usual, I advised him to revisit the hospital and see his GP for a blood test…

He had some other tests at the same time too in relation to some other worries of his… Much to my surprise, his liver tests were abnormal…

His bilirubin, a breakdown product of blood that colours healing bruises yellow (and turns the whites of the eyes yellow when there’s too much of it in the blood) was mildly elevated. After further investigation the hospital were able to tell John that he likely had Gilbert’s Syndrome (pronounced with a rolled “r” and a silent “t” almost like a French pronunciation).

This is a hereditary defect in the processing of bilirubin. The condition is more likely to occur in men, more likely to manifest itself when someone hasn’t eaten, and John had fasted for 12 hours prior to the tests as requested by the hospital! (hence the yellowness of his eyes, which he insisted he had observed in his bathroom mirror while shaving, had disappeared by the time I saw him in the afternoon), and doesn’t affect people’s health or life spans.

I worried that the diagnosis would increase John’s anxiety but it didn’t. Actually, he felt strangely comforted by it. Finally, after all John’s worrying that he would develop a medical condition, he did. And it wasn’t all that bad.

What came first here, do you think?

Fascinating stuff, eh? No conclusions that I wish to make, just wanted to illustrate some very powerful mind/body interrelationship! 🙂

Likewise, if you’d like to learn more about self-hypnosis, understand the evidence based principles of it from a scientific perspective and learn how to apply it to many areas of your life while having fun and in a safe environment and have the opportunity to test everything you learn, then come and join me for my one day seminar which does all that and more, have a read here: The Science of Self-Hypnosis Seminar. Alternatively, go grab a copy of my Science of self-hypnosis book, it’ll help you to recognise that you matter!