What Is It With Hypnosis And Swinging Pendulums? 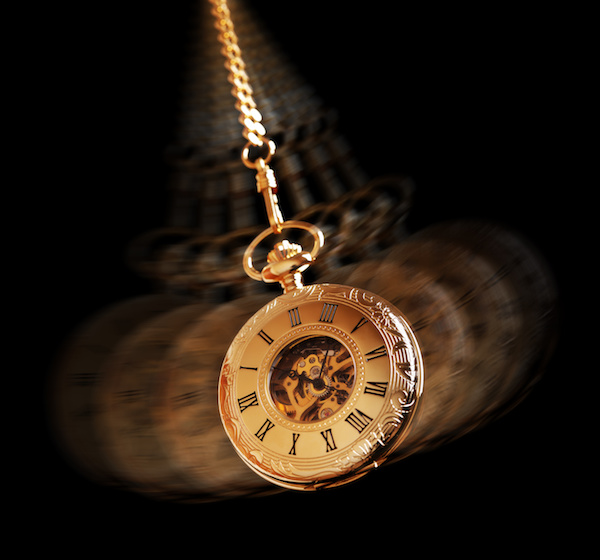 Yes indeed, why is it that so many hypnotists go for that cliché of swinging a pendulum? I mean, you’d never catch me doing such a thing…. 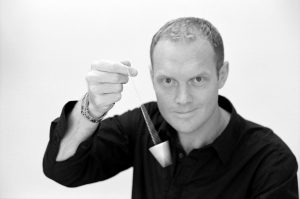 I am going to attempt to explain… You see, the pendulum is tied to much early notions to do with hypnosis…

You know about the mind-body link, don’t you? Well, I am sure you know that when you are stressed for long periods of time in the mental department, your physical resistances and immune system are weakened – your state of mind affects your state of body. Lots of people have heard of what we term ‘mind-body’ but how many of us actually can demonstrate it in real life terms, or actually know what it all means?

So I am writing about that today… And what on earth does that have to do with pendulums?

Pendulums were used to prove the world is round, as this (pictured) Focault pendulum is designed to assist with… Though that is another discussion altogther. 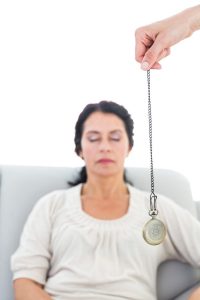 On my hypnotherapy training course, we cover lots of information on what us hypnosis professionals term ‘suggestibility tests.’ That is, showing individuals how open they are to suggestion prior to taking them (that individual) into hypnosis. It also serves to show the client that they are open to suggestion and also is useful for many other reasons which are not pertinent here today and so I shall not go on about them.

You see, these days everyone has heard of the expression, or the words “mind-body” medicine, healthcare, system or whatever it may be… Yet real mind-body links are demonstrated perfectly and very obviously with hypnotic suggestibility tests and what is often referred to as ideo-motor responses.

Did you ever see those highly annoying headlines that unimaginative journalists write every time they interview a hypnotherapist? Something like “look into my eyes” or “you are feeling sleepy.” yet these words are never really used these days. They are often accompanied by the image of someone using a pendulum of some kind, or a swinging watch as the tool to take someone into hypnosis. As you can see, I have even had photographs taken myself of me using a pendulum and ‘being hypnotic‘ with it – albeit rather tongue-in-cheek and sans velveteen cloak.

There was once a man who went by the name of Michel-Eugene Chevreul. He was a well known French chemist who in the early 1800s investigated what was initially seen as an occult phenomenon of the pendulum and he wanted to give it a plausible scientific explanation. In 1812, Chevreul discovered the psycho-physiological basis of dowsing, though it was not publicly realised until 1833 when his work was shared.

Chevreul’s explorations and investigations showed that the pendulum effect is due to a simple, regular and very usual human reaction, but a reaction with such interesting effects that it kind of flirts with seeming to be magic, the same as Derren Brown flirts with being psychic today, giving him an air that people find fascinating… This thing with the pendulum though, was seen as some sort ofÂ  mystical phenomenon for years previously… Heck, some even make that claim today! I know of people who do remote negative energy clearing on entire buildings using only a pendulum to dowse with, again, something for another day and another discussion…

So, this chap Chevreul found that if you imagine something intensely, then the human body behaves in a way as if the imagined action, event or circumstance is actually happening.

Today, Chevreul’s pendulum is used to demonstrate the astonishing and remarkably strong effects of self-hypnosis by people like me on hypnosis trainings and self-hypnosis seminars. Today though, here on the hypnosis blog, I thought I’d share with you Chevreuls experiment which you can replicate and have a go at, because it is absolutely fascinating.

The experiment which could be done by anyone of just about any age, aims to illustrate that:

Firstly, that the imagination (and some may say unconscious mind) can effect and influence physical movements. (i.e. Those not under control of the conscious mind)

Secondly, that the actions very often are sustained by the imagination (or unconscious mind) with, without the interference of the conscious will.

Thirdly and finally, that the mind can be trained by repetition.

So here is the experiment for you to have a go of….

Step One: First up then, grab yourself a piece of paper or card and draw a circle with about a 40-50 cm diameter or so. Mark A at the top of the circle, C at the bottom. B to the right and D to the left of the circle. Join up each letter with a line, so that you have a cross inside a circle.
basically, it should look like a big circle with a cross in the middle of it dividing it into quarters, and with the letters a-d going clockwise around the points of the cross.

Step Two: If you have not got your own pendulum, then you need to make one… So go get some cotton, some string, or any other similar stuff and have it at a length of 30-35 cm. Attach a small weight to the end – you can use a ring, or anything at the end that’ll serve as the weight for the pendulum.

Step Three: Now you need to take a seat at a table with your piece of paper/card on the table in front of you. Rest your elbow on the tabletop. Hold the string between your thumb and forefinger so that the pendulum weight can hang straight down; ideally 1-2 cm above the centre of the cross pattern. Try to hold the pendulum as still and immovable as possible. Let your arm be as loose as possible while holding the string in this position.

Step Four: Now we are going to stimulate the mind, via the imagination and have some fun with this!

Step Five: After a couple of minutes of really engaging your imagination, you may well be finding that the pendulum actually starts swinging. It is likely that at first, it’ll be small swings and then these soon grow to wide, bold swings in the vertical direction. When you have succeeded with the vertical swings, then you can do the same to imagine what it would feel like if the pendulum instead started rotating clockwise. Once again the pendulum reads your mind and starts rotating in the way you imagined.

You do absolutely nothing, and still your thoughts made an inanimate object in your hand move in a mentally predetermined way.

Step Six: The pendulum takes tiny movements one end, magnifies them and they are expressed much more largely at the other end… So when you are imagining the pendulum swinging, then subconsciously your body makes very small, almost imperceptible movements in the right direction.

The pendulum is an energy accumulating system, so the minute imperceptible swings add up, and after a while the pendulum swings with easy to watch movements.

When you have noticed this, start to see what happens when you imagine it swinging when you are calmer, relaxed and happy, notice how it changes when you focus on different places (i.e. the tip of the pendulum or the arm holding it) and notice how a variety of different thoughts affect the receptivity of the mind to affect your body.

You can learn a massive amount about yourself by exploring with this.

The principle that Chevreulâ€™s scientific pendulum investigation uncovered – that the human body reacts physically and chemically to imagined situations – is behind a host of important psychological theories and notions… Including being the basis for the vast majority of what we know as mind-body connections.

So there is some connection between the cliché and the reality of something useful after all.