Tablets, Tablets Everywhere, and Not a Self-Hypnosis Session In Sight 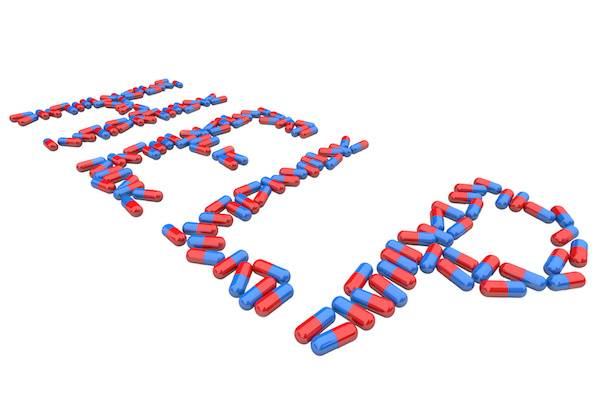 With this article, I’m of course playing with the age-old phrase “water, water everywhere nor any drop to drink” from the Rime of the Ancient Mariner. I wanted to write something witty, sharp and quick along the lines of “stupid people everywhere and not enough of them are learning to use hypnosis or their own mind to help themselves” – but it just did not fit and I was spending far too much time on that….. I wanted to get on with writing the article today because there has been a crazy amount of news coverage devoted to taking tablets and popping pills in the last month.

Firstly, at the end of last year, Nurofen’s maker the drug giant Reckitt Benckiser was ordered to pull painkillers off the shelves in Australia when they admitted that Nurofen marketed for specific types of pain were actually identical. You can read about it in this article at the Guardian newspaper, though it was covered by most major media sources.

Here in the UK, we have Nurofen Migraine Pain and Nurofen Tension headache caplets that both have the identical active ingredients comprising of 342mg of ibuprofen lysine that is in the Australian versions. These products marketed as helping with specific types of pain also cost a fair bit more than the regular packets of Nurofen. What’s more, anyone could stroll into a major supermarket here in the UK and spend £2 on a packet of 16 regular Nurofen when a packet of supermarket brand 16 identical ibuprofen tablets is just 40-50 pence. It strikes me as pretty crazy.

The article states that “Deaths linked to a commonly prescribed class of drug, used to treat anxiety and insomnia, reached record levels in England and Wales last year.

There were 372 fatalities involving benzodiazepines, up 8% on the previous year, and the highest level since records began in 1993, according to the Office for National Statistics.”

If that does not read as worrying enough, then the article also states:

“There were more than 10 million prescriptions for benzodiazepines dispensed in England in 2014, but there are growing concerns about the illegal supply of the drugs.”

And they go on to say;

“Research published in The British Journal of Psychiatry in 2014 questioned 1,500 members of the general public about their use of benzodiazepines and so called “Z drugs” used to treat insomnia.

A total of 30% had misused one or more of these medications and 27% of these reported obtaining the drugs via the internet, while a further 11% bought them from abroad.

According to figures from the Health and Social Care Information Centre, in 2014/15 nearly 18,000 people received hospital treatment for drug poisoning linked to benzodiazepines in England, while 584 children under the age of 18 were also treated.

Lady Rhona Bradley, chief executive of the substance addiction charity Addiction Dependency Solutions, said: “Addiction to prescription drugs is a hugely underestimated issue in the UK – estimates believe there could be more than one million people addicted to such prescribed medication as benzodiazepines.”

A second load of tablet crazy there too then.

Thirdly, the medicines and healthcare products regulatory agency here in the UK have been warning people to be aware of the dangers of buying diet pills online.

In an official press release, the Medicines and Healthcare products Regulatory Agency (MHRA) are warning anyone looking to lose weight in the New Year to be aware of the dangers of buying diet pills online.

“During 2015 MHRA enforcement officers seized more than 240,000 doses of pills claiming to be for weight loss/slimming.”

They go on to say:

“A number of the products seized were marketed as ‘all herbal’ or natural when, in fact, they were found to contain the synthetic medicine sibutramine. Sibutramine was withdrawn across Europe and the US in 2010 due to an increased risk of heart attacks and strokes associated with its use.

Since 2005, MHRA officials have found hundreds of examples of medicines claiming to contain herbal ingredients but after analysis were found to be adulterated with pharmaceutical ingredients.”

The press release goes on to give some advice:

– The Internet has access to a vast number of websites offering a wide range of products marketed as “slimming” or “diet” pills. Many make attractive claims and offer “quick-fix” solutions but be aware that “natural” does not mean “safe.

– There is no miracle cure. The reality is that many of these pills are not authorised medicines and therefore their contents are unknown. Chances are they simply will not work and may contain dangerous unknown ingredients. The consequences can be devastating.

– Our advice is not to purchase slimming pills online without having consulted a doctor or pharmacist first. If you have concerns about your weight, consult your GP or another healthcare professional.

– Be safe and put your health first. It’s just not worth the risk.”

The fact that our own government need to put such warnings out strikes me as a third dose of crazy for today. Why do people get lulled in to believing there is a miracle cure for weight reduction? Why would people potentially risk their own health?

Many who have read Ben Goldacre or Irving Kirsch may well explain people’s desire to take tablets in terms of the placebo effect. There is evidence to show that often when we know that we’ve taken something we can feel better as a result. This phenomena is often used in clinical trials to test interventions or new drugs against. 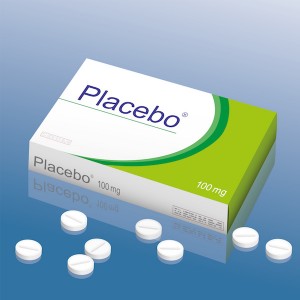 Many people are loyal to certain brands of tablets and they also invest belief in them over time. In a recent study by Kate Faasse and colleagues that featured in Health Psychology Journal, participants who suffered from frequent headaches were given a placebo tablet. Of these dummy pills, some were packaged as branded painkillers while others were not. The branded ones proved to be more effective at pain relief by the study participants.

Colours also have an effect on how people feel about the medicine they are taking. Red pills have been reported to be more effective for treating pain than blue, green or white pills. But blue pills make more effective tranquilisers than red ones, except for Italian men. It’s been suggested this could be because blue is associated with their national football team.”

It seems the world is crazy for tablets. We are clearly crazy for the solution they promise and maybe it is the promise and the expectation that makes them so effective for people? We then also take vitamins, minerals, sports nutrition tablets, caffeine pills, recreational drugs, steroids and all sorts to give us some extra oomph in areas of our lives like garcinia cambogia with Dr Oz quality for example.

One of the major issues that we face here is that tablets and popping pills as seen in these stories is just so flipping easy. it is really really easy to take a pill or have an injection. People can buy them, they have an effect and they do not have to do any other work to gain that effect.

With these readily available types of tablets, we have become accustomed to simply taking a tablet to deal with pain, to deal with stress and to lose weight. Very little investment needs to be made by us, and if we believe in them, despite how dangerous it might be, we continue to take them and that becomes our solution to the problem.

Let me introduce a fascinating author who I love…..

“There isn’t any feeling you can get on drugs that you can’t  get without drugs.”
– William Burroughs  (former drug addict and author of Naked Lunch)

The famous beat generation author and drug addict William Burroughs wrote greatly about drugs, mainly recreational drugs, but this quote is still very valid here. Many believe that his best work was done when he  was clean and sober.

I interpret this quote though, as a means of highlighting the fact that we all have so much more within us that we simply do not take the time to access or learn about. If we explore, we learn that actually we can learn how to be active instead of passive. Most of the good feelings, comfort and well-being can be found within us. We can learn how to engage with our own mind and lower pain, reduce weight and ease stress. The world is awash with evidence to support such statements.

Learn more about some of these techniques:
Self-Hypnosis Blocking Pain Messages to the Brain
8 Ways to Reduce Your Stress
Lose Weight: Using Self-Hypnosis to Eat Artfully

It takes time to learn self-hypnosis, but not that much time. You then get to transport non-pharmaceutical assistance around with you wherever and whenever you go. In the same way that belief and placebo can advance the effectiveness of tablets, belief in oneself (self-efficacy) is proven to have the same effect. That is, when we start to recognise and believe in our own ability to create change, we become better at it. When we practice skills, develop them and start seeing results that lead to a level of belief, it gets even better.

Yet people continue to risk their own health and well-being as they seek tablets and quickly resolved issues of that ilk. I think it is not just laziness, it is a lack of knowledge and a lack of widespread acceptance that we face when it comes to people learning skills such as self-hypnosis, mindfulness or meditation, for example. (Though self-hypnosis does rule over all of those in my highly biased opinion)

Of course there is a time for tablets and prescription medication, I would not recommend shunning them in every way: huge break-throughs have been made with medication in recent history that creates an equally huge amount of wellness. But for every day stuff like weight reduction, reducing stress and an every day headache, wouldn’t it be great if people recognised and knew how to help themselves without tablets?

Self-hypnosis is not just for reacting to the problems or the symptoms though. It is a preventative measure/tool too. That is, we start to use it to stop the issues occurring in the first place or to help deal with circumstances or situations that trigger the issues, for example.

Ok, I’m kicking off the new year with a vain attempt to bring down big pharma, clearly. Nothing more to add today, just a tablet related rant of sorts. Those of you evolved enough to be reading this blog, do think twice about how readily you opt tablets for things that you could easily learn to overcome if you applied yourself correctly.

You can even take a hypnotic tablet here if you really want to! 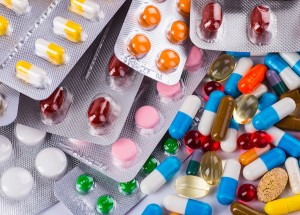