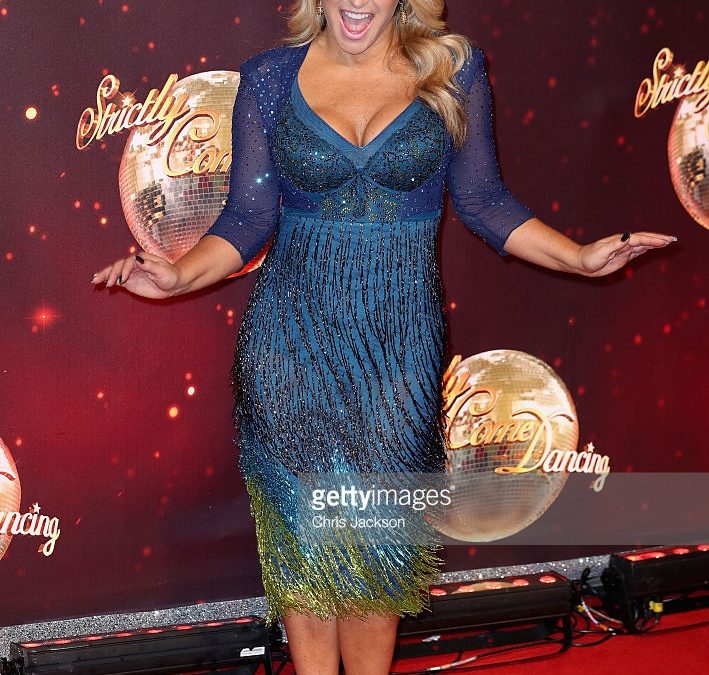 Is it really that time of year already? And yes, I recognise that my first sentence here is like saying to the world “hi, I’m in my 40s….” and that I should not stop tutting every time I see someone write a clichéd Facebook status such as “my kids are growing up so fast, where do I hit the pause button for this thing called life” etc, etc. Yet, I’ve been struck by it this year, and maybe it’s because I have had such a wonderful Summer with my wife and children, being outside and active with other friends and family making memories and so on.

This morning, my daughter woke up and expressed her disappointed that she was not as tall as my wife or I. We had told her that at her pre-school she was now one of the big girls and thought that meant she was due an unnatural growth spurt that would really require Rick Moranis styled zany antics to create. She was also sad that her older brother was not going to be at pre-school with her today. It is the first time she has been to pre-school and our son has not been there too, because he starts proper school this Thursday. So She got the pre-school and held hands with one of the little girls who was just starting (the youngest daughter of a friend of ours) and looked composed compared to the young children desperately clinging to their parents for dear life, having not been left anywhere on their own before, reminiscent only of the barrel hold in the TV show Ninja Warrior where you are tossed into the depths and water below if you do not hold on tight enough. 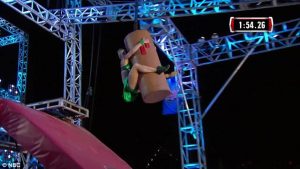 I mention Ninja Warrior because it was back on our TV screens this weekend as the Autumn TV schedule gets underway. Yes, it’s underway. We love Ninja Warrior in the Eason household, though our children lose interest after 10 minutes and start leaping across boxes and diving onto the sofas while telling me that they are themselves Ninja Warriors who could easily win the TV show given half a chance….

As well as Ninja Warriors, the X-Factor is back, aiming to boost previous series’ ever descending viewer figures by bringing back Louis Walsh, Sharon Osbourne and Nicole Scherzinger alongside Simon Cowell. The tabloids are full of stories and gossip and clips from every and any type of angle they can find and many of the contestants are getting their 15 minutes of fame right now. This Saturday just gone however, my wife’s favourite TV show is back! Strictly Come Dancing returned. The show is not fully underway, but the contestants have been announced and last Saturday they were paired up with their professional dance partners for the first time and we now wait for 3 weeks until the series starts in earnest and they all actually start dancing and sharing their routines.

I crack up with this first show as the contestants are getting paired up and the professional dancers either display genuine delight that they are getting to dance with someone who has existing dance skills or is very fit and attractive. Their smiles stretch from ear to ear and the eyes smile with them, they knee skid, whoop, punch the air, bust some moves as they stroll up and embrace their new dance partner in a way that you may not feel wholly comfortable with if you were married to that contestant. But then there’s the novelty contestants, or the more mature contestants, or those who seem to have no earthly place being there on a dancing show… Such as former political heavyweight and Chancellor Ed Balls…. His new partner feigned happiness and excitement to be paired with him, but it shone through profoundly that she’d rather have been paired with someone else (you know that smile where the teeth are on display but the eyes are saying something else?!). I can’t for the life of me understand why on earth Ed Balls would appear on such a show, but then I suppose someone might have told him that it could be a golden opportunity to win over the hearts and minds of the public (and local electorate) who became rather disillusioned with him and ousted him at the last election. I expect him to rival the dancing skills of former contestant Anne Widdecombe and eagerly hope he is as entertaining as she was!

Anyway…. In the midst of the glitter, spray tans and giddy excitement though, was a particularly bright light for me. Multi million selling artist/singer Anastacia. She has an incredible voice, and when I permit myself the guilty pleasure of a ‘Power Ballads’ CD in my van when no-one else is around, I always belt out her song “Left Outside Alone” and make unnatural camp gestures with my shoulders while driving – the sort that you definitely don’t do when listening to Def Leppard, Meat Loaf or John Farnham on the same album.

The reason that Anastasia is making me so happy though is not due to her music’s ability to turn me into a wannabe Bruno Tonioli, it is because of her personal battles and the way her attitude, mindset and behaviour lead by example.

Firstly, Anastasia is a breast cancer survivor, first diagnosed in 2003 and then again in 2013 and has undergone a full mastectomy and reconstruction surgery. As a result she has big scars on her body. Despite this, she is embracing the opportunity to star on a show where the style of clothing can be revealing, see-through, and appropriately sexy (the Latin stuff mores than the ballroom, agreed) especially when they have a contestant who has a good physique, they do showcase that and usually Tess Daly makes cringe-worthy suggestive comments about the men who have abs, pecs and see-through, sequinned, flimsy shirts.

In this article over at the Daily Mail Anastasia confronts this issue publicly and she says;

“I have huge scars on my back and I am very insecure about them.

‘The surgeons removed muscles from under my breasts [during the mastectomy] and had to replace them with muscles taken from my back.

‘It will be interesting to see how I get on and there may be dance movements that I have to modify.

‘I am not saying no to a backless situation, but it’s very scary at the same time.”

This is what she said about being the only American in the show, that stretched my smile even bigger….

“I don’t really feel that I am representing America – I am actually representing breast cancer and I will be donating my fee to charity.”

She also has a 4 inch scar on her stomach from surgery she has when she was a teenager who suffered from Crohn’s disease. It is her celebrity that is helping highlight new discoveries and ways that scientists believe Crohn’s disease can be treated. Anastasia’s Strictly Come Dancing photo is prominent is an article over at the Sun newspaper today entitled Crohn’s hope Treatment to save Crohn’s disease sufferers like Strictly star Anastacia from surgery found.

When Bruce Forsyth used to present Strictly Come Dancing, he used to tell a couple each week “you’re my favourite” which was sometimes tongue-in-cheek as that couple may be one of the weaker pairs or have shown a lot of character. For me, Anastasia in my favourite right now. I love that she is facing her reality and is prepared to still put herself out there.  Within an age where people seem to place so much importance upon perfect looks, she is leading the way for the majority of the world who are not perfect and do indeed have imperfections and may be uncomfortable displaying or accepting such physical imperfections.

Self-esteem and self-confidence do play a part, and I think that such facets of an individual’s emotional and psychological make-up can come from seeing others (such as Anastacia) being bold and brave and taking steps for others to follow. I’ve not really seen her dance yet, but she gets my vote, and I think we can all draw some inspiration from her. Ok, I’m off to shimmy my shoulders, wherever you are sat reading this, won’t you join me….?