Negative Self-Hypnosis – Comparing Yourself To Others 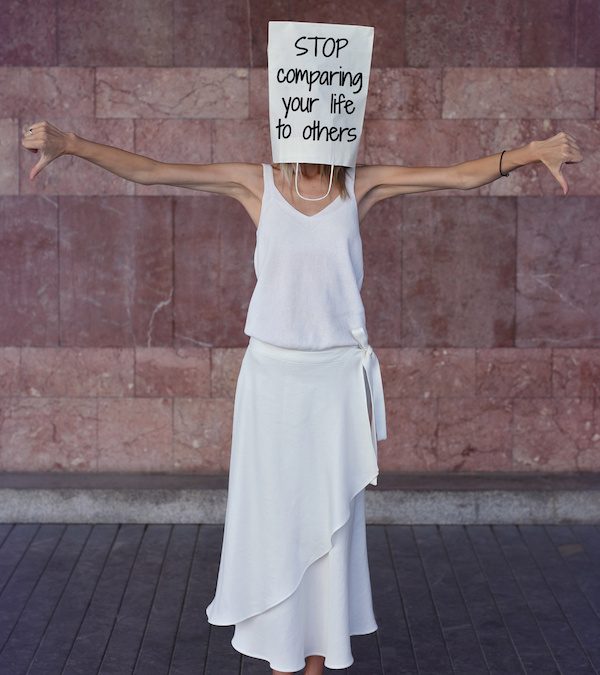 A lovely hypnotherapist called me yesterday to ask if I would mentor him… He was in a state of despair and desperate for me to help.

He qualified as a hypnotherapist less than a year ago (with another UK school I hasten to add) and attended a networking breakfast meeting recently… Which is all good stuff so far, right? Anyway, he got talking to a business coach who told him that the two hypnotherapists he knew were currently delighted with the upturn in their levels of busy-ness… Naturally, our guy began comparing his own embryonic hypnotherapy business with these long standing, relatively well-know local hypnotherapists.

This resulted in the man phoning me in a panic. Worrying profusely that he is somehow not good enough, or capable enough, that this field is not able to give him the results his life needs, he is clearly not able to compete well enough – and probably never will. It is a catastrophe!

He has filtered out all the good stuff – his years of training, his life experience, his years of being in a successful business previously (those earnings enabled him to train and change career comfortably), and just about every single strength and resource that has made him the man he is today… Though I hasten to add, he was not displaying many of those traits when he was on the verge of blubbing on the phone to me yesterday. And I told him just that… We had a good laugh about it and it certainly broke his state and enabled us to have a coherent conversation.

A client I worked with a couple of years ago, a lady in her late 50s, spent her initial sessions with me comparing who and how she is now to who and how he was when she was in her late 20s… Yearning for that figure, that attitude and that lifestyle again… Which again, resulted in despair and desperation. She had also overlooked her current finesse, wicked sense of humor, integrity as well as all the joyous experiences she had had on her way to being the woman she had become when I met her.

This incessant habit that so many people have, of comparing yourself to others, is one of the very best ways to induce despair and is one of the most effective ways that I have encountered to give your self esteem a hammering. There is a certain amount of shame which ends up plugging the gap between what we would ideally like to be, do and have, and what we see ourselves as actually being, doing, and having. The bigger the gap, the greater the despair and the more of a catastrophe it all seems.

The problem occurs when we start making comparisons because what we see becomes distorted. As with the examples I have given today and many more I could give too, the person doing the comparing blinds himself to his own value, strengths and resources which in turn ends up dismissing the person he really is.

it is not all our own fault of course… The vast majority of us have been raised in these societies that tend to teach us to compare ourselves with others. We empathise with people on the news, we compare our looks, levels of success and such that we see on television and in glossy magazines and heck, in many families parents use comparisons as a means of controlling their children:

“Look at Suzie, she has eaten all her vegetables, what a good girl she is.”
“John got straight A’s in his GCSE’s. Imagine what you could have got if you had studied harder”

What additionally fuesl the problems that are created by comparison is that it tends to reduce our level of connectedness with other people, something that is vital for our psycholgoical and emotional health and well-being.

Whether people are knowingly doing it, or just habitually doing it without too much thought, when we compare ourselves and conclude that we are less than, the result is that we feel some despair or even some depression and then we want to move away from others so they won’t see us as we are seeing ourselves. So we end up feeling alone and excluded to some degree.

Of course, there is the other end of the spectrum that exists too… Those that compare themselves and end up believing that they are somehow better than the other person… This can turn into arrogance, misplaced superiority and serve to fuel contempt for our fellows. Again though, the important human connectedness gets removed… There are many people that sit alone with their comparison-induced superiority.

However, those of us that are committed to our own well being, personal development and self-improvement can learn to recognise and understand the damage that we end up doing to ourselves if we keep on with the comparison. We can choose to stop doing it, can’t we?

We can learn to c elebrate being unique and different in our own way. Embracing all our idiosyncrasies, embracing our unique standing in the world. We can make a determined commitment with how we speak to ourselves and how we use our internal dialogue.  We can commit to recognising all that is wonderful about ourselves.

As with anything, practice makes perfect. With some persistence and consistency, often those  comparisons do dissipate and you recognise them for what they are.

So I took some initial time to tell the hypnotherapist yesterday exactly what I have written here today… I then told him “this stuff would make a great blog entry” and so here it is… See yourself as you truly are without harming that perception with needless comparison.