Why Are Most Hypnotherapists Unaware of The Stroop Effect and It’s Importance To The Field of Hypnosis? 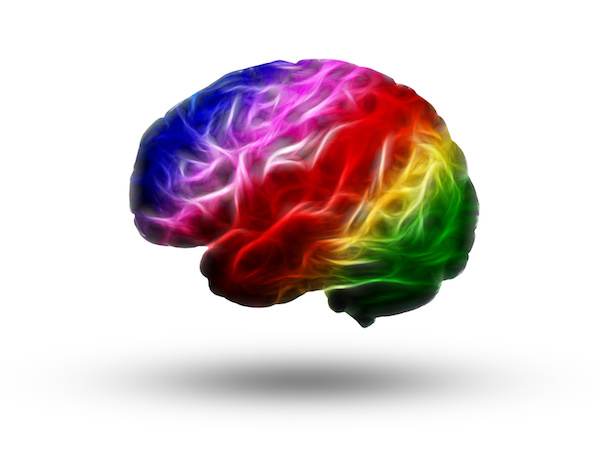 I had a couple of thoroughly enjoyable days in class last week. I was teaching two separate one day seminars in consecutive days and welcomed a number of wonderful professional hypnotherapists from all around the UK and Europe to my classroom. On Friday, I loved the fact that out of 30 delegates, 23 were able to follow the given self-hypnosis protocol and induce anaesthesia in their arm in order for me to put a surgical needle through the arm without pain. The only reason the number of people doing it was not greater is that I had not brought enough needles!

On one of the days, I made reference to something I think incredibly important to the field of hypnosis and hypnotherapy – the Stroop effect – and I got back a great many blank expressions and looks. None of those present who had not trained with me knew anything about it and so I explained it to them and I want to write a bit about it today too because it is important to the understanding of neuroscience and hypnosis.

Decades of research that employed brain-imaging methodologies of hypnotised individuals have provided some fascinating findings. Many studies have shown that ‘hypnotic phenomena’ (i.e. Phenomena produced by suggestion following a hypnotic induction e.g. Catalepsy, analgesia, reliving positive autobiographical events) are not simply compliance, being faked or reporting bias; they are experienced as ‘real.’ That is, suggested effects are accompanied by clear neural activation changes that engage the same brain areas that would be expected to be involved if conducting the phenomena in natural fashion (Faymonville et al., 2000 & 2003; Grond et al., 1995; Kosslyn et al., 2000; Maquet et al., 1999; Schultz-Stubner et al., 2004).  One finding from ongoing brain-imaging hypnosis studies is that no single, consistent, uniform response in brain functioning (i.e. an altered state) has been identified in hypnotised individuals.

“Technology allows researchers to see the brains of hypnotised individuals, but no-one has to date found the ‘hypnotic state’ or any kind of ‘unitary state’ to indicate hypnosis” (Lynn, Kirsch and Hallquist, 2008, p. 130). “In fact, different neurological responses occur with different types of hypnotic suggestions” (Horton and Crawford, 2004).

Recent functional neuroimaging studies show that brain activity varies when a task is performed in a ‘waking state’ and again when someone is hypnotised. Also, hypnotic suggestions can alter neural activity, most notably in pain and colour perception. The latter, perception off colour, is what the Stroop effect is all about.

A couple of months ago, I gave a majorly in-depth lecture about the neuroscientific perspective on hypnosis that took 2 hours to deliver, but was the culmination of many years of research and several days preparation and organisation prior to delivery. This lecture can be found in my online members area, though my point here is that I cannot do justice to the vast expanse of discussion, theory, research and thought that contributes to the neuroscientific perspective of hypnosis in a single, simple blog entry here today. It is meant as a simple prelude to my brief explanation of the Stroop effect.

When I teach my preferred model of hypnosis, the sociocognitive perspective, I talk fondly of one major non state proponent of hypnosis who contributed to this model back in the 1950s, is Theodore Sarbin, dubbed ‘Mr Role Play’ because of his emphasis on adopting the role of hypnotised subject. This is actual roleplaying and not table-top Dungeons and Dragons that I refer to…. 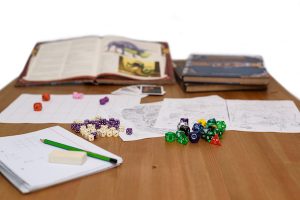 Sarbin (1972) argued that the subject has concepts of the hypnotisee’s role, even before being hypnotised. Therefore, when responding to hypnotic suggestions, it will act and feel ‘as if’ being hypnotised, i.e. it will not only follow the role of a ‘typical’ hypnotisee, but also identify with it. Sarbin’s results initially suggested that hypnosis may be nothing else than a learned social behaviour.

This leads a lot of people who have not fully explored other contributors to the sociocognitive model of hypnosis to think that hypnosis is being explained as compliance. It is not, the sociocognitive perspective is multi faceted and incorporates much more than adoption of the role of hypnotised subject; but when people read about this aspect of it, they assume it is about compliance. That is when I am inclined to refer to the Stroop effect. It can be proven scientifically that hypnosis is not mere compliance by using the Stroop test and showing that hypnosis can inhibit the effect.

There is wide evidence that hypnosis and suggestion can influence brain activity patterns underlying colour perception and colour naming. This is usually demonstrated using the ‘Stroop task’, which as explained above is a standardised cognitive exercise where the subject is presented with a series of coloured dots (1) and coloured words (2). For each series, the task is to name the colour the symbols/words are printed in. This means, if in a series of coloured words, the word reads “blue” but is coloured in red, the correct answer is “red”. Measuring the subject’s response time, Stroop (1935) found a significant gap while completing task (1) and (2), the latter taking the subjects longer to respond (so-called ‘Stroop effect’).

On the grounds of Stroop’s results, Amir Raz and colleagues (2002) undertook an experiment to demonstrate that the Stroop effect can be inhibited using hypnosis. Highly- suggestible subjects performed the critical task (2) much faster when hypnotised than in the waking state, in fact reducing the Stroop effect to a minimum.

That is, the very real Stroop effect could be greatly diminished, inhibited and even removed using hypnosis. This cannot be faked or feigned and thus shows hypnosis is much more than compliance.

There have been many more follow-up studies using the Stroop effect. I am the first researcher in the world to be conducting research that shows inhibition of the Stroop effect using self-hypnosis, for example. This work is ongoing and I cannot wait for publication of our results. The Stroop effect has proven useful for many other reasons, and with it being so important, I cannot understand why the vast majority of hypnotherapists have never heard of it and are unaware of it and it’s importance within the field of hypnosis and hypnotherapy.

Some hypnotherapists and trainers I encounter sometimes rather glibly say this is purely academic debate and has no practical usefulness, yet evidence has shown that correct understanding of hypnosis and quality conceptualisation of the subject advances therapeutic outcomes. And heck, if you’re going to work in a field, don’t you want to do your best to understand that field as thoroughly as possible?

If you’d like to train to be a hypnotherapist, or if you are a seasoned hypnotherapist looking for stimulating and rewarding advanced hypnotherapy training and CPD classes, then visit the website of my Anglo European College of Therapeutic Hypnosis where you can download prospectus forms and read lots of information about the scope, depth and breadth of our education offered to all of our students and all that we offer.