Hypnosis and Suicides of Teenagers, Unlicensed Hypnotherapy, Kreskin’s Thoughts On It All 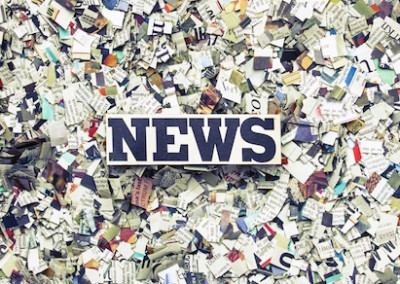 Ok, so many of you have written to me and asked me about it – hypnosis and suicides – what are my thoughts.

There has been a single major news story dominating the world of hypnosis and hypnotherapy, a story that has been going on for the past 4 years and reached a head in recent weeks.

The Washington post led with the headline: “Three teens died after being hypnotized by their principal. Now their families are getting $200,000 each.”

Despite this title “three teens died after being hypnotized by their principal” there is no evidence to suggest that hypnosis was actually directly related to or the cause of the deaths. There is no clear link between the hypnosis sessions and the suicides. The main issue seems to be that the Principal was unlicensed to use it and in some cases, was hypnotising students without the permission of parents. In very general terms, there is no evidence or precedent cases that have proven hypnosis can cause or lead to suicide in and of itself.

Hypnotizing someone with underlying mental health issues can cause problems, the Tampa Bay Times reported in 2011:

“If a student or person is needing something to help them relax, there is usually some underlying issue causing that anxiety and they probably should see a mental health professional,” says Richard Spana, a Tampa psychologist.”

“The issue in working with hypnosis is that there can be latent things that are triggered, like past experiences and memories, and the patient can have a bad reaction,” Spana said. “Does hypnosis cause suicide in and of itself? That’s not really likely. Can it trigger some sort of mental health problem that was dormant? Yes.”

What I’d be inclined to say in response to this, is that in therapy suicidal ideation is sometimes a contraindication to working with hypnosis. Hypnosis can magnify thoughts and ideas. Yet there is no mention at all that these students were experiencing suicidial ideation and definitely no mention that they were seeking hypnosis to help overcome chronic mental disorders. If they did have suicidal ideation, did no-one else have any suspicions about it all? Did no-one see that this was happening and seek more formalised assistance from Doctors or psychiatrists? We may never know the true mindset of the individuals who committed suicide, but it has been stated in the articles that they were all trying to pass exams or perform better than they were doing.

Using hypnosis as a regressive tool runs the risk of retraumatising or even creating false memories, but it is not suggested that this was being done, and there is not actually any suggestion that other explanations have been thoroughly examined or scrutinised.

Why are the exam nerves not being mentioned as a contributory cause of the suicide, or the pressure to perform, the pressure to do well? One of the students is said to have felt depressed and anxious about not achieving the grades she wanted and felt her educational attainments were going to detrimentally influence her life going forward. How has this mindset not been attributed as a possible contributory factor? What’s more, why is it not being examined that one individual committing suicide could seed the idea for another to do the same?

Instead, and for some bizarre reason, the use of hypnosis, a largely misunderstood subject matter, by an unlicensed practitioner is being blamed for the deaths. Here is what Damian Mallard, the lawyer for the parents of the three children, stated:

“It’s probably the worst loss that can happen to a parent is to lose a child, especially needlessly because you had someone who decided to perform medical services on kids without a license. … He altered the underdeveloped brains of teenagers, and they all ended up dead because of it.”

That sentence was used repeatedly in the Daily Mail’s coverage of the story too.

I’m going to repeat that sentence:

“He altered the underdeveloped brains of teenagers, and they all ended up dead because of it.”

Really?
Hypnosis can do that?
Hypnosis can honestly alter brains so that people with apparently no predisposition for mental illness will commit suicide?
We need to be careful, because surely someone is going to weaponise this! 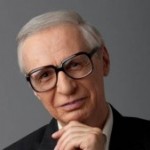 Or as the famous US mentalist Kreskin went on record as saying in the NY Daily News:

“If it’s possible to cause suicide through hypnosis, should I seriously consider going on satellite television with the attempt to attract viewers who are members of ISIS and then bring about mass suicide of our enemy?”

The families are grieving, and no families should have to go through the loss of children – sometimes grief can cause people to perceive things in a particular way. Hypnosis is a subject that creates sensational headlines and is being used with that effect across many, many media sources.

In the Paul McKenna vs Gates trial here in the UK, it was proven that the hypnosis used in the stage show could not and did not cause the mental illness of the individual claiming it did.  A quality expert witness gave evidence about the true nature of hypnosis (in that case, it was Prof. Graham Wagstaff) I am certain that if this case had not been settled in this fashion with the payouts, it could have been proved that hypnosis was not the problem per sé. I understand that you’d not want an unlicensed practitioner working with your child, without parental permission, and that may well be one area that the school board felt they were vulnerable and open to litigation problems and so settled out of court.

A number of students actually set up Facebook groups in defence of the Principal with one of the students stating that his test scores went up due to the hypnosis and some pupils claimed that he was being made a scapegoat of. No parent wants to think that they were unable to spot suicidal tendencies of their child, and it can be a subject that people wish to find outside blame and reasons for, especially when a subject like hypnosis is involved.

I think they’ve got hypnosis wrong. In all the accounts of the deaths being given by witnesses, they all refer to the students being in trance states and that is not what hypnosis is or what evidence would suggest it is. For example;

“On March 15, 2011, Freeman had a painful dental visit and while driving home with his girlfriend, appeared to be in a state of hypnosis. His girlfriend says a strange look came over his face and he veered off the interstate. Freeman later died of his injuries while his girlfriend survived.”

He appeared to be in a state of hypnosis? What do they mean by that, how does someone ‘appear’ to be ‘in a state of hypnosis’? Was he walking around like a zombie with his arms extended in front of him? Is that really evidence of what hypnosis is or does? The evidence would suggest that hypnosis is not like that and is not about that at all. This is a common misconception, a popular myth. If he was behaving in a particularly unusual way, could it not be due to something else?

Another example quote of a witness;

“Lyle said that sometimes when McKinley got on the bus after the hypnosis sessions, he wouldn’t know his name or who his friends were. On the day he died, he even allegedly asked Lyle to punch him in the face.”

Again, this sounds more like cliché and misinformation to me. How is this proof of hypnosis? Hypnosis is not actually like that. It does not put people in places where they are incapable of functioning. This is again further misconception about what hypnosis actually is, all the evidence suggests hypnosis is quite different.

The deaths have not actually been linked to hypnosis, but the words ‘hypnosis’, ‘hypnotised’ and ‘suicide’ are making up the headlines of the mainstream media and it is not good publicity for this field of ours. Many people are hypnotised in therapy rooms each day around the world and have been throughout modern history and we do not have droves of people committing suicide as a result.  What’s more, I can find no evidence anywhere or any other case that proves that hypnosis was the cause of a single suicide.

This is a big discussion and it is contentious because there are deaths of youngsters involved. That is really sad and I feel for the families who have lost a son or a daughter. There are undoubtedly some negligent issues and conduct issues with what went on here, but can hypnosis honestly be held responsible? What evidence is there to suggest as much? I wish the headlines would be reworded. I wish the media would stop trying to portray it in a way that suggests hypnosis caused the deaths in a sensationalist fashion.

I shall leave you with some more words from Kreskin on the subject:

“The question I suggest is who in the hell had the asinine, imbecillic, stupid, unscientific idea that this had to do with hypnosis?”