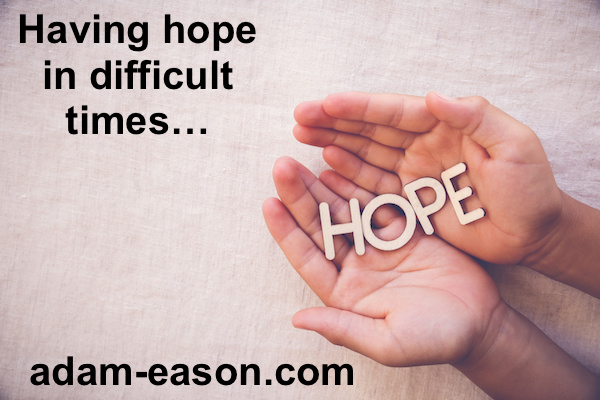 Hope is something that is a major theme with my hypnotherapy clients, my students, my friends and family.

Today, we find hope. Today, we hold on to hope, we celebrate hope.

In the Star Wars film Rogue One, Cassian Andor is speaking to Jyn Erso while they are trying to get a meeting with Saw Gerrerra. Cassian says “We’ll give your name and hope that gets us a meeting with Saw.”
” “Hope?” Jyn asks.
“Yeah,” Cassian responds.
“Rebellions are built on hope.”

In a later scene in the film, when Jyn is then speaking to the rebellion council, urging them to fight, she says, “We need to capture the Death Star plans if there is any hope of destroying it.”
“You’re asking us to invade an imperial installation based on nothing but hope?” they enquire back.
“Rebellions are built on hope.” She responds, beautifully.
Then the film which began it all, Star Wars IV: A new hope happens and we know the value of hope from what ensues. 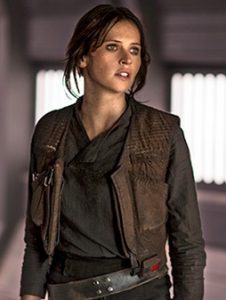 In your life, things may not be happening in the time frame that you want or need them to happen. If you are at a point in your life, where you are working and not seeing progress, I want to let you know that you must have hope. Hope is the internal belief that things can and, most importantly, will be better.

In a recent research, Liz Day and her colleagues found that hope was related to academic achievement above and beyond IQ, divergent thinking, and conscientiousness. Without hope, you ultimately tend to resign yourself to accept your current situation. Acceptance will then cause you and your circumstances to appear hopeless. This can become overwhelming and very difficult to change, but you can do it.

“Hope is being able to see that there is light despite all of the darkness.” – Desmond Tutu.

What does it mean to have hope? We can all pay lip service with sentiments like, “I hope it all works out,” but this is sometimes just a way of backing out or disengaging from a tough or tricky situation. Real hope comes from a deeper source, the core of the self. At this core some important qualities determine how much hope you feel and can offer to others. Hope is essential in dealing with the common major life transitions like retirement, a new job, a new business venture, marriage, becoming a parent, divorce, menopause and other developments that occur in life.

“There was never a night or a problem that could defeat sunrise or hope.” – Bernard Williams.

The main qualities of hope are strength, resilience, and optimism. Strength allows you to turn to your own personal power. Resilience means that you can make a rebound from disruptions and setbacks. Optimism radiates hope for the future. As you can see, these qualities are the reverse of worry, complaint, and pessimism. Instead of being self-defeating, they enhance your self-esteem. If you are strong, resilient, and optimistic enough, you can also lift others out of their self-defeating attitudes.
Hope is needed in a crisis, but it should serve as a core value every day. Uncertainty is present in many aspects of life and being able to tolerate uncertainty and thrive in the face of it is made much easier when you have hope.

Let’s look a little closer at the qualities of hope and how to develop them in yourself.

Strength: Most people are far too willing to give away their power, and nothing is more hopeless than being powerless. This was highlighted when I was working at a large company recently whereby an executive staff member routinely dominated conversations and spoke very confidently, despite unsaid disagreement among peers and team members. Often, other people are willing to “go along with” a leader because it’s easier than voicing an opposite opinion. Keeping your power means that you stand up for yourself, overcome resistance, and turn a potential crisis into an opportunity. This is not arguing for the sake of it, it is effectively standing up for what you believe, while maintaining effective relationships. Too often, however, we allow others to step on and even crush our beliefs, we consider it too risky to speak our truth, and we become suppressed and hope is dampened.

Real strength is actually founded on a core of quiet calm; it’s the still point that isn’t disturbed by the rise and fall of events and the turbulence of emotions. There is no need for external bluster and ruthless competitiveness, which is good news because few of us are truly ruthless and few of us enjoy being so. By finding inner strength, we establish a sense of power that lasts for a lifetime and in turn uplifts and encourages those close to us – it is good to be around someone who has that inner strength.

Resilience: If you look at the elderly who survive in good health to great old age, especially those who reach 100, they are not often just hard-bitten survivors. Nor are they lucky winners in the gene pool or somehow immune to life’s woes. Instead, one of their most marked traits is resilience, the ability to come through hard times by bouncing back instead of being pushed down and defeated. Resilience is the real secret to never becoming a victim.

Resilience isn’t about positive thinking—when sad events occur, it’s emotionally healthy to experience sadness; when loss occurs, grief is called for. The question is how to recover and return to a state of well-being. This is accomplished at the core of the self, where sadness and grief are felt more lightly and then allowed to pass when fully processed, leaving behind the simple but profound feeling, “Here I am.” In other words, resilience derives from a strong sense of being. When leaders face times of hardship, chaos, or uncertainty, they project and communicate an attitude of, “We will get through this together” (which also inspires hope, right?!).

Optimism: Society often teaches us that life is hard, that constant vigilance and struggle are often the norm, and that the safest place to live is behind defensive walls (metaphoric and real). Against this backdrop, optimism seems unrealistic, even foolish. We may secretly envy the innocently cheerful personalities we sometimes meet, but the hard realities favour cynicism and pessimism. Yet these attitudes are considered by some to be born of fear and lack of trust.

Optimism is the attitude that life can take care of itself. It is grounded in the belief that each of us has a place in the grand scheme of things and is valued for who we are. You can’t turn to outside events to discover this level of trust, because outside events always foster uncertainty. Even when turbulence yields negative consequences in the moment, such as being made redundant, testing a relationship or causing stress of some kind, it is sometimes the right thing. After time, many people report that being let go from a company or stepping away from a relationship ended up being the best thing to ever happen to them. This is because for new opportunities to present themselves, old ones need to close. Many of the world’s wisdom traditions teach that time cannot be conquered; it will always bring a mixture of pleasure and pain. But at the core of the self is our essence, which is timeless. This essence is unshakable, and because it is imbued with peace and joy, optimism naturally flows from this deeper level of the self.

Here some brilliant articles to help you in the above mentioned areas:
1. Ways to Master the Art of Grit and Perseverance.
2. 11 Ways to Be More Optimistic and Increase Optimism.
3. Have Increased Optimism: Using Self-Hypnosis To Be More Optimistic.
4. How to Bounce Back From Being Knocked Down.
5. Goal-Focused Ways To Increase Mental Toughness.

Always believe in hope. Always hold on to hope. Evaluate what you are thinking, doing and saying and make adjustments to keep yourself on track. Life is difficult enough, don’t be your own obstacle.

Remember “Rebellions are built on hope!” Create a hope inspired rebellion in your life today.