Enjoying the Simple Things and Why A x B = C 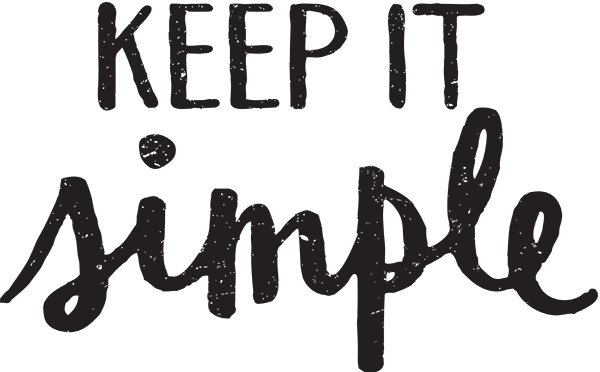 The sun was shining beautifully here when I wrote this…

The doors of my garden office are opened fully, a gentle breeze sweeps in every now and then and the only sound is me tapping at my keyboard and the bird song or the odd buzzing insect who darts in and out from time to time. The fruit trees are far more interesting to those chaps than my office. Every now and then, I pop away from my desk to fill up my old steel watering can with water from an old whiskey barrel that is now a water butt in my garden and I tend to my geraniums and potted herbs. The smell that comes off them is nothing short of wonderful. This multi sensory, experience of joy is what I live for; doing the work I enjoy, feeling fit and healthy after a good marathon training run and being able to autonomously dip in and out and feel the sun on my skin at the same time.

Some may think I am making a meal out of relatively simple things that happen every and any day… and that is precisely my aim. Let me explain what I mean by that….

Recently, a man and his wife reversed into my wife’s car into a car park while she was waiting to get into a space that someone else was coming out of. The man apologised, admitted guilt, gave his details and left, humbly. He later told insurance company representatives that the sun had blinded him, caused him shock on the day, and that in reality my wife had actually driven into the back of his car (apparently our car can go sideways, because it is the very side of our car damaged, and the very centre of his back bumper that photos show to have occurred during this incident) and he mysteriously discovered a witness who wrote a statement trying to confirm his lies. He blamed my wife, lied and it has cost us money and caused some major frustration. The evidence will prevail in the end, but it is not a great thing to have to go through and deal with – heck, we would all rather spend our energy on more pleasing matters, right?

We all experience frustration from time to time, some of us more than others.

Your spouse is being selfish. Your boss treats you poorly. Someone has been rude or careless. Or someone drives into your car and then lies about who was at fault. What’s more, we’ve all had days where these kinds of things can all seem to happen at once, haven’t we?

Howevuuuuur…. There is a great help at hand for all of us. Albert Ellis provided us with the answer. Despite being considered one of the most influential individuals in the field of talk therapies, I am amazed that more hypnotherapists in particular have never heard of him. He founded Rational Emotive Behaviour Therapy (REBT), pioneered Cognitive Therapy and is one of the major contributors and founders of the modern field of Cognitive Behaviour Therapy. My own studies of him have shown him to be provocative, controversial at times, quite rebellious and certainly outspoken – all of which make him all the more likeable to me!

When I work with clients in my therapy rooms, one of the things I do in my assessment with them is draw a highly complex algebraic formula to conceptualise their problem, ready yourself for this, I write on a piece of paper the following:

This may seem a bit sophisticated for some, but hang in there, it’ll become plain in due course. I tell the client that this is how they currently perceive their problem.

So the client turns up for therapy believing that something happens (A) which causes the problem (C). I.e. The man drove into my wife’s car (A) caused me to feel upset, frustrated and anxious (C).

I then draw them an even more complex algebraic formula, that goes like this:

So if for example, you believe and think that your wife should not have been blamed for an accident, or you think something should not have happened to you, and you think a misjustice has occurred (B) then when this is multiplied by the actual events that happened (A), the result is that we can feel frustrated, upset and tense (C).

You’ll notice there are quite a few uses of the word ’should’ in the previous paragraph. Ellis referred to this as ‘shouldism’ or the The Tyranny Of “Should.” I like that, I also love how he refers to ‘musterbation’ when the word must is just as prevalent as should, but lets move on….

Let’s get the input of some very clever people to sum up a key point here that I meant to illustrate with the ABC highly complex algebra stuff:

People are disturbed not by things, but by the views they take of them.
Epictetus, Stoic Philosopher.

There’s nothing either good or bad but thinking makes it so.
Shakespeare, in Hamlet.

So…. A man lies about your wife driving into his car and that makes you angry, doesn’t it? No. It does not.

Accidents happen. People are not always the stand-up citizens that we’d like them to be. People lie. But we think it shouldn’t happen to us. We think people should not be like that because we are not like that. They should be different and honest. And the thing that’s making us angry and frustrated is that word “should.”

Here’s an example. If I were to say, “According to research and meta-studies, hypnotherapy for stopping smoking has approximately a 40-50% success rate with at best if you collaboratively engage in the process as best as you can.” So you try it. And it doesn’t work. You’re not necessarily that frustrated.

How about instead, I were to say, “Hypnotherapy pretty much always works. I have a 95% success rate with stopping smoking.” If it fails, you may well now be annoyed and even may think that as one of the 5% of failures, you are never going to be able to stop. What changed? The expectation you had as a result of the lines you were fed.

If I tell either of my very young children to stop running in the house, if they do not listen and carry on for a while, I am not that bothered. They are 2 and 3 years old after all. If however, a plumber were to come to the house and keep running through the house with his tools and refuses to listen if I ask him to walk carefully, then anger might occur. The plumber should stop because he is grown up and should know better and should have professional standards and should this and should that…..

The difference is our beliefs. Our beliefs create our responses. Let’s then change those beliefs and make life far less frustrating and while we’re at it, let’s add another letter to our complex algebraic formulation….

It’s now all about ABCD and not just ABC. I hope you’ve not reached for a calculator and started googling online encyclopaedias. Let’s recap where we are at…. Soooooo…..

A = The activating event, or the adversity. The man lying about who drove into who in the car park.

B = Our beliefs. Very often these are limiting and problematic beliefs. “The man shouldn’t have lied about me.”  Though sadly, he did.

C = The consequences. We feel angry, upset or tense.

On the very odd occasion you might be able to change A, but this is very rare. B is totally in our control though and we can change B. When we change B it changes C. We no introduce the letter D.

D = Dispute those beliefs. “Hang on a moment. Since when was I granted the only issue-free life on the planet? I wasn’t. People have lied before. People will lie again. And we will get through it. Just as we have done this time.” I am after all writing this on a beautiful day and all is well in the world currently.

Be aware of your thoughts, your cognitions, your internal dialogue and pay attention… Are you using the words “should” or “must.” Are you engaging in shouldism or musterbation? If so, this may well be the cause of the problem. Albert Ellis incited emotion in people and seemed to me to be an emotional individual. He was not suggesting we lack emotion, not at all. We can strive and want for more and make wishes and so on. But we just need to realise that we cannot bend every element of the world around us – if only, eh? It is irrational to think that way and being irrational creates the frustration and upset referred to throughout what I’ve written here.

When you get into the swing of step D; regularly disputing your beliefs when they are making you unhappy, then the frustration will start to lessen and in time, it may well lessen a great deal. But when you start disputing you’ll see that your expectations aren’t in line with reality. And with a little work, those expectations will start to change. I teach my clients how to ask themselves Socratic questions whereby evidence and logic are sought and we do our best to avoid emotive rhetoric. There are other tools that can help you with your disputation, if you google ‘thought forms’ you can find very practical forms to self-monitor your thoughts, write them down and do the disputation that way too. You’ll need to deal with old automatic thoughts diligently for a fair period of time in order for them to start changing naturally (what we refer to as cognitive restructuring) but it is very much worth creating an internal environment within your mind that starts to notice your thoughts and instead of being a passive recipient of them, disputing them when need be.

People are not perfect. We are not perfect. Our world and our life is not perfect. It is only very rare occasions that we can change people and the world around us. Holding onto beliefs that expects things “should” “ought” or “must” be a certain way; the way you want them to be may be unrealistic, and simply causes frustration, anger, upset and more besides. It can all be avoided and at the very least lessened by following the steps I have outlined today.

When we found out about the insurance claim and lies made by this individual, it was at the same time that we had couple of other challenges going on too. I said to my wife that I think we all take it for granted when things are just ‘usual’ and so this is the reason for me celebrating the sunshine and everything else at the top end of today’s article. If frustration does creep in here and there, then examine your beliefs and thoughts, because they can contribute to you feeling better or worse.

Self-hypnosis is a great way to help advance positive thinking. If you’d like to learn more about self-hypnosis, understand the evidence based principles of it from a scientific perspective and learn how to apply it to many areas of your life while having fun and in a safe environment and have the opportunity to test everything you learn, then come and join me for my one day seminar which does all that and more, have a read here: The Science of Self-Hypnosis Seminar.