Could Standardised Treatment Protocols Result In All Hypnotherapists Being Replaced By Robots or Online Therapy Programmes? 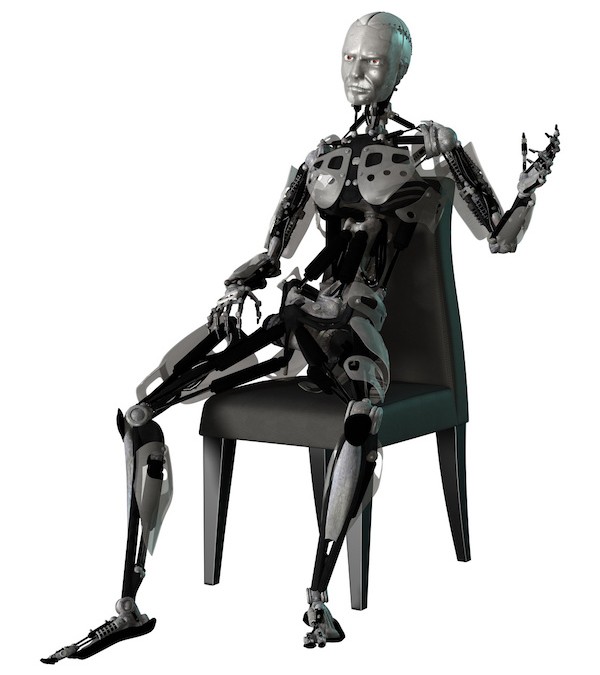 One of the things I say from time to time that tends to upset a lot of hypnotherapists is that I quite like standardised hypnotherapy interventions. There, I said it. Please do read on though, because if I just offended you, I think you may warm to me again if you read this entire article….

What I like about standardised protocols for therapy is that you know if you employ them in that way, you can make a fairly accurate prediction of the likely success you’ll have with it and you also do not have to worry about intangible elements such as your own level of artistry or ability – standardised, evidence-based therapy protocols are therefore a great leveller and I wish they were taught more often in hypnotherapy classrooms. Though that would mean that more hypnotherapy trainers would have to actually read some research rather than simply regurgitate what they were taught as an entrenched dogma, but that is a blog article for another day.

Therefore, you may think that I am a fan of online therapy interventions that adhere to such standardised protocols. I may surprise you when I say that I am not that much of a fan of these, no. When I have debated or discussed this subject with fellow hypnotherapists and hypnosis professionals, they think that by supporting the use of standardised hypnotherapy protocols, I also therefore support the use of gradually phasing out real-life hypnotherapists and replacing them with robots who regurgitate hypnotic scripts adhering to those same standardised protocols. In the odd case that may be preferable 😉  however, for the most part, I definitely prefer hypnotherapists to be real and to have face-to-face interaction with clients.

You see, evidence does also show, across all talk therapies, that a good quality working alliance, a therapeutic alliance between client and therapist advances the efficacy of the intervention. That is, clients derive more benefit when they have a good working alliance with the therapist. This is particularly true of hypnotherapy.

Sooooo…. I tend to think that if you offer a standardised protocol that has evidence to support it (derived from randomised controlled trials where the same delivery was used and no working alliance was established) a hypnotherapist ought to be able to raise the efficacy of that intervention as a result of the working alliance.

Both are evidence based principles that can combine for the benefit of the client in therapy.

Therefore, I think more hypnotherapists need to learn and be made aware of standardised treatment protocols, but I do not think that they are the total answer.

– There are some research studies which have shown that the David Burns’ book ‘Feeling Good’ outperforms some antidepressant drugs in dealing with depression.
– If you look online you’ll find apps available offering CBT interventions or other mental health advancement tools (in particular Beating the Blues or MoodGym which have several hundred thousand users).
These and other sources would seem to support the notion that results can be achieved therapeutically without a therapist. I tend to think though, that better results can be achieved with a therapist.

In a study published in the British Medical Journal last month (November, 2015), patients with depression were assigned to electronically delivered CBT and they had just a single weekly telephone call with a technician. Over 82% of the study participants failed to complete the modules of the programme and remained as depressed as those in the control group.

If you examine a 2008 study that compared online CBT with real-life CBT with a therapist, the results were very similar when it came to remission of anxiety symptoms and led one of the authors to suggest that online delivered CBT could potentially rival face-to-face CBT. That said, most results from internet delivered therapy do tend to also suggest that the results are advanced when the programme is guided by a therapist.

There are no similar studies specifically for the field of hypnotherapy, and many might consider that hypnotherapy is likely to require more face-to-face interaction due to the very nature of it, than CBT.

Learn more about CBT:
Why Private Therapy Might Be More Useful Than the NHS
Hypnosis and Cognitive Behavioural Therapy

Online delivered, standardised interventions may be convenient, may offer up the potential for secure anonymity, and may be able to draw upon research to support efficacy of the protocols being used, but real-life human interaction will advance the results. Some authors even suggest that the reason so many techniques without evidence supporting them get results in therapy rooms is because the client has belief in the therapist, belief in the therapy modality and perceives hypnosis as particularly powerful – with that set of factors swaying results, we could be using a wet fish to the head and deriving some therapeutic success.

With that in mind, just imagine how effective hypnotherapy is truly going to be when evidence based, standardised protocols, are then advanced by being applied by a therapist who is able to create a good quality working alliance and is perceived as credible and effective by the client. Bingo! That’s when the magic happens.

Expect a period of radio silence from me and this blog for at least 24 hours. It is my hypnotherapy training college’s Christmas party tonight and hypnotherapists don’t half know how to party. I’ll be back eventually…..