Are Hypnosis and Relaxation Directly Correlated or Even Actually Related At All? 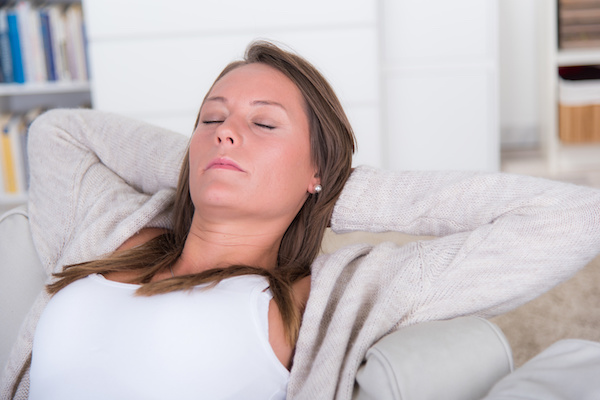 An article came up in my blog reader feed this morning. It is titled Therapist says ‘It isn’t ‘woo-woo,’ it works’ and you can read it if you wish.

The article is very well intentioned I am sure, but is quite typical of provincial news coverage that the field of hypnosis seems to get and the thoughts of the hypnotherapist are quite typical too. The article states the following:

“Hypnosis is simply a state of being relaxed,” she said, adding that the word “hypnosis” is a Greek word meaning “sleep.”

Firstly, the word coined by James Braid is thought by many to be based upon the Greek God of Sleep Hypnos, not really a word meaning sleep. if you read James Braid’s works, you’ll see the word hypnosis is not actually used a great deal, many suggest that the term hypnosis actually derived from him referring to ‘Neurypnology’ (the title of one of his books) and evolved towards and into hypnosis latterly in the 1880s by the prominent Nancy School of hypnosis. However, it is the part about “hypnosis is simply a state of being relaxed” that I want to explore and dispute vehemently here today.

The previously mentioned article goes on to state:
“When you’re in a state of deep relaxation, that’s hypnosis. The chatter goes away and the brain is open to suggestion.”

No, it’s not. When you’re in a state of relaxation, that’s relaxation. And to describe hypnosis as simply removing chatter and passively opening ourselves to suggestion is misleading and incorrect. Hypnosis requires collaboration on the part of the individual being hypnotised. Though discussing exactly what hypnosis is, is a debate and discussion for another day, another article, a large dose of patience, flexibility and a few pints in the pub.

Even though, the therapist says it isn’t ‘woo-woo’ she still incorrectly explains hypnosis and correlates it to relaxation and sleep, making it sound more like ‘woo-woo’ than it actually is. There is no ill-intnetion behind her doing this, I am certain. It is very common and occurs in lots and lots of similar media articles.

Many of my clients come to see me for hypnotherapy to overcome their anxiety, for example. They would be mighty concerned if they thought they had to be relaxed in order to achieve hypnosis. I mean, the reason they have come for therapy is because they often cannot relax. Or rather, they are currently finding it very difficult to relax. The prospect of then relaxing deeply in the company of a complete stranger in a therapy room may make them less relaxed!

I’m being facetious and am exaggerating, so let me explain more soberly….

Many people in the field of professional hypnosis and hypnotherapy get worried, concerned, and sometimes even frustrated by the seeming similarity between hypnosis and relaxation. I say ‘frustrated’ because some people assert that hypnosis and relaxation are totally different and quite rightly so. There are however a very large number of studies out there, in particular the work of Edmonston (1981 & 1991) which demonstrate that relaxed clients in the therapeutic environment are just as responsive to suggestions as clients who are hypnotised and given suggestions.  Relaxation is going to be useful for us hypnotherapists who have clients that will benefit from relaxation, fro example. But hypnosis per sé is not relaxing and neither is it relaxation.

Banyai and Hilgard (1976) showed that by having an individual exercise vigorously for a period of time prior to a hypnosis session, the individual could still be hypnotised, but would not be at all relaxed. In fact, they would be alert and focused and have a heart rate and pulse that was very active and alive. A patient undergoing relaxation training in any form of psychotherapy would not gain the benefits of the relaxation in the same way, making the two quite different. This study has been successfully replicated (James, 1984; Banyai, 1991).

As often seems to be the case, many people wrongly suppose that hypnosis is simply relaxing and many people perpetuate the myth and it comes to be thought of as having relaxation inherent within it. This is not the case. Hypnosis can be used to develop relaxation though, and it can be used to enhance relaxation to ensure we derive much benefit from relaxing. In fact, studies have helped us to recognise how a profound physiological state of deep rest can be created by suggestion and hypnosis.  This is particularly interesting and important when you consider that, as Platonov (1959) showed, that natural sleep does not always completely rest all of our bodily functions and organs.

When we look at the origins of hypnosis, James Braid originally termed it “neuro-hypnotism” meaning “sleep of the nervous system.”  Braid’s early use of hypnosis was to induce a deeply relaxed state, which vaguely resembled sleep, but the individual being hypnotised had a conscious awareness of it.

When we see that some individuals derive a seemingly more profound benefit from the relaxation achieved alongside hypnosis sessions, it makes sense to learn how to do this and benefit from it; it is lovely to enjoy relaxation at the same time as hypnosis, but the two are not the same as each other.

Lots of people I have worked with report that they find the process of structured self or hetero-hypnosis sessions, and everything involved within it, to be quite stimulating. Likewise, a number of researchers have also noticed that many of the processes involved in self-hypnosis and heater-hypnosis can have a stimulating effect on the self-hypnotist or the hypnotic subject/recipient – such as mental imagery, focusing, making suggestions using internal dialogue and so on.

Many of the elements of the hypnotic mindset I write about so often (and is the central explanation of hypnosis in my Science of Self-Hypnosis Book) require effort and too much effort can create an impediment to successful self-hypnosis, heck it can even sometimes cause anxiety, which impedes progress greatly!

The previously mentioned Edmonston (1981 & 1991) published a very thorough review of hypnosis and relaxation and wrote about the use of hypnosis without any specific suggestion or mental imagery or cognitive strategies which is sometimes terms “neutral hypnosis” and is ideal for generating a profound level of hypnotic relaxation due to the absence of stimulation or distraction that these things can sometimes present.

Some of the research highlights a major contribution to this topic of Platanov and other former Soviet Union researchers. Relaxation was often synonymous with hypnosis and in some cases, formalised hypnosis was preceded by an hour of lying down relaxing in a darkened room – which really curtailed distractions and stimulation, but may not win favour in therapy rooms of today. (I mean, do you think my therapy clients that would be prepared to start their therapy sessions off by sitting in a darkened therapy room for an hour on their own before we started?) Sometimes after treatment, having given corrective suggestions, they would then instruct the client to drift to sleep again and leave them for an hour again.

Platanov (1959) discusses conditioning in hypnosis, as influenced by much of the earlier work of Pavlov. He showed that the activity of the cortex and subcortex are different during states of waking and suggested sleep. On my hypnosis blog, I have written often about how to use hypnosis for advanced relaxation and if you follow some of the following techniques you can build upon the notion of “suggested sleep” to advance relaxation skills that are going to prove useful in a number of ways. Here is one such article:

Hypnosis and self-hypnosis for advanced relaxation.

In a nutshell then, research shows us that the following statements are true:

There, glad I got that out. I’ll be back very soon.

Platonov, K. I. (1959). The word as a physiological and therapeutic factor: The theory and practice of psychotherapy according to I. P. Pavlov. ( 2nd). Moscow: Foreign Languages Publishing House.

1. Would you like a satisfying and meaningful career as a hypnotherapist helping others? Or are you already a professional hypnotherapist looking for rewarding CPD or stimulating further study to advance your skills and knowledge?
Adam Eason’s Anglo European training college.
2. Are you a hypnotherapist for whom lack of business skills is negatively effecting the success of your business? Do you need to be more productive to fulfil your career ambitions?
Hypnotherapist Mentoring with Adam Eason.