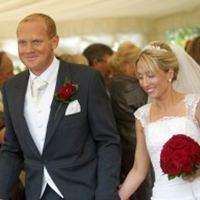 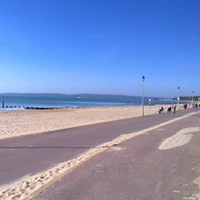 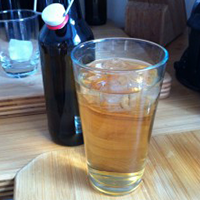 Once I had finished university, I had several psychological and physical health issues that my good friend, mentor, and first hypnotherapist helped me to overcome (you can read about the challenges I overcame in my books, on our Hub or within the members area here on this website— I give better accounts there).

As a result of the seemingly miraculous changes that I encountered, I attended a number of trainings in a variety of psychological subjects and then went on to study hypnotherapy.

Some of My Loves

I live on the south coast of England, very close to the sea. I love running by it, surfing in it, building sandcastles with my children beside it, and enjoying our family beach hut next to it. I spend as much time as possible with my wife and our two children. Just thinking about them all while I write this makes me smile.

When at home, I spend lots of time in our garden, which is another great love of mine. I grow flowers that you usually find in English cottage gardens, such as foxgloves, lupins, penstemons, antirrhinums and delphiniums and love it when they emerge each year.

I like to laugh. I am a big fan of live comedy and spent much of my youth glued to comedy TV shows. This influences my work as a trainer and as a hypnotherapist.

“Adam is one of the best, if not the best and most entertaining, speakers I have seen at an event. Beneath his lighthearted presentation, of which many a stand-up comic would be proud, Adam shows much depth and passion for research and understanding into the human condition.”
Tom Evans,  Author “100 Years of Ermintrude”

“I saw Adam speak at the Bournemouth Ecademy and he is excellent, well worth the time invested. He delivers interesting material in a style that reminded me of a top level stand up comedian and it works well.”
James Coakes, The Team Building Company, Ringwood, Hants, UK

Well, I say musings — sometimes they can be rantings, though with tongue firmly in cheek… If you want to read about what research I am conducting, articles I am writing, books I am reading, and techniques I am honing, then do read the blog entries on the main page of this website. I contribute to it regularly — all within the fields of hypnosis, hypnotherapy and self-hypnosis. You might also like to come and join us in my hypnosis hub where students past and present from my training college as well as other seasoned hypnosis professionals discuss, support, network, debate and share thoughts with each other.

If however, you yearn to hear my voice as well as read my written word, you can listen to my popular ‘Hypnosis Weekly’ podcasts online and find lots of video footage of me on my YouTube channel. These can all be found by following links on the main toolbar on this website.

You can also subscribe to my weekly ezine ‘Adam Up’ by entering your details into the boxes on most pages of this site. It includes techniques and approaches for personal development using self-hypnosis and hypnotherapy and features my Joke of the Week!

As of yet, I do not live in an ivory tower, so I welcome contact from everyone and anyone. Please feel comfortable emailing me from our helpdesk or the contact page on this website. I answer every email personally and always do all I can to be as helpful as possible in as timely a manner as possible — please do not get upset if I refer your technical queries or questions to the technical guys in the team though.

They can help you much more than I can on that front. 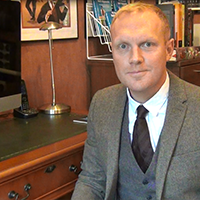 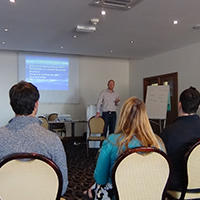 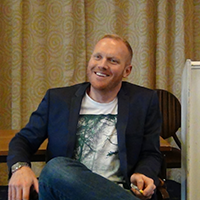 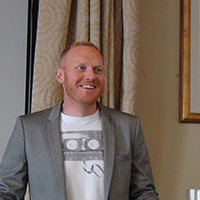 I Am A Hypnosis Geek…

I have been an accredited and trained supervisor for other hypnotherapists and an accredited, senior member of the largest and most impressive professional hypnotherapy organisations in the UK (membership dating back to 1996) as well as having spent time as Director and complaints officer for one of those organisations.

Throughout the years I have worked with many hundreds of individuals in my private hypnotherapy consulting rooms.

I am quite different from a lot of my professional peers in the hypnotherapy world and admit my imperfections and embrace my foibles… I get over-excited, I stutter frequently, and I say rude words from time to time…

“Adam Eason is a great teacher and advocate of personal development, and his enthusiasm and knowledge of the subject oozes from his presentations. Having seen loads of speakers in the past, I must say Adam came across in a quite different and refreshing way.

These days, I even run a regular and very well attended hypnosis geek dinners where myself and like-minded individuals eat, drink, be merry and discuss hypnosis in depth. You can read about those evenings and the hypnotherapy support groups I run at the website of the Anglo European College of Therapeutic Hypnosis or at our Hub.

Today, I am conducting research at my local University for a PhD in the field of hypnosis and I am continually studying and working toward discovering and understanding more about the fields of hypnotherapy, hypnosis, achievement and human capability.

I speak at lots of events and my hypnotherapy training college runs hypnotherapy diploma courses, self-hypnosis seminars, accredited Advanced hypotherapy courses and a range of other events around the UK, Europe and beyond.

“Adam gave one of the most inspiring and informative presentations to Weybridge Ecademy Club members demystifying hynosis and its use in business. We were very impressed with his knowledge and insight into the human condition. His delivery certainly gave the members food for thought as well as a better understanding of what hynosis is about and what it can do to help you personally and in business. If you are an aspiring stand up comedian, watch out for Adam who enjoys watching you amongst the audience.”
David Nunn, Weybridge Ecademy Club Leader

My Work In The Field Of Hypnosis and Hypnotherapy

Aside from the eBooks I have authored, my first published book,‘The Secrets of Self-Hypnosis’ has since been superseded with my book ‘The Science of Self-Hypnosis – The Evidence-Based Way to Hypnotise Yourself’, and the latest edition of my book ‘Hypnosis for Running’ is now available too. My other published books don’t do as well as those, but heck, you can’t have everything.

My work has featured in international, national and local media, and I have appeared on television on numerous occasions, including my brief appearance on a couple of episodes of BBC1′s 2006 prime time TV series, ‘Run For Glory’. I worked alongside Olympic gold medallists Steve Cramm and Sally Gunnell, helping the participants overcome psychological challenges.

In 2008, I featured alongside top TV psychologists on BBC1′s TV show, ‘The Smokehouse’, and helped the participants of the show overcome fears and get motivated to stopping smoking. It was a Ceebeebies show, aimed at 8 year olds, I featured for roughly 15 minutes – I knew I had hit the big time.

My work has featured in several national newspapers and many glossy magazines and I have been on lots of radio programmes as well as other talking heads TV appearances. 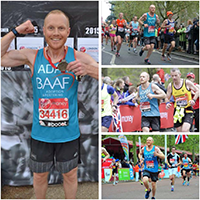 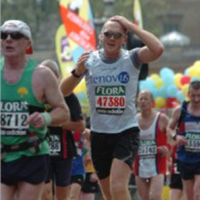 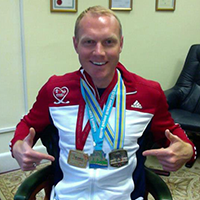 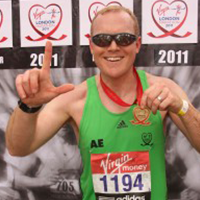 I have run many marathons since my first back in 2000. In April and May 2012, I ran Brighton, London and Milton Keynes marathons back-to-back, in successive weeks and then ran Edinburgh marathon two weeks later (with a firewalk in the middle too). Since then I have run a number of Ultra Marathon distance races and multi day events and I continue to run numerous endurance running events each year. Aspects of my own research have focused upon the use of self-hypnosis to advance cardio respiratory endurance in runners. I work with lots of runners professionally, love the running community and have found hypnotherapy and self-hypnosis to be invaluable when advancing running ability and performance. I write a quiet blog (hypnosisforrunning.com) on the subject as a bit of a hobby where I share tips, techniques and share details of my training exploits and race reports.

My book ‘Hypnosis for Running‘ has received some humbling plaudits (given 5 stars by Running Fitness magazine and rave reviews from a world champion sportsman and a multi-world record holding ultra runner, amongst others) and has enabled me to combine my love of running with hypnosis and other facets of my work.

I can often be found doing speed intervals at the local track, bombing up and down the zig-zags on the sea front doing hill-runs or running along the various bits of coastline and countryside near my home.